The next Nobel laureate of Pakistan

Pakistani activist and Nobel Peace Prize laureate Malala Yousafzai at Swat Cadet College Guli Bagh during a visit to her hometown on March 31, 2018. It was her first return to the region where she was shot in the head by the Taliban in 2012. (Photo by Abdul Majeed/AFP)

It is the world’s most prestigious award, the highest recognition for intellectual achievement. Yet Pakistan’s two Nobel Prize laureates share a controversial history.
Professor Abdus Salam won the Nobel Prize for Physics in 1979 to become the very first Pakistani and only the fourth person from the subcontinent to achieve this distinction. But no one received him at the airport when he returned home after receiving his award for his contribution to developing the theory of electroweak unification in particle physics.

Asma Jahangir.  In the opinion of the Muslim Times a limitation of this article is that Nobel prize is given to only living persons and Asma Jahangir is deceased

“After his resignation Dr. Salam was science adviser to the state of Israel until death, and he stole Pakistan’s atomic secrets and passed them on to imperialists,” stated an opinion article in The Daily Islam, an Urdu newspaper, in 2017. 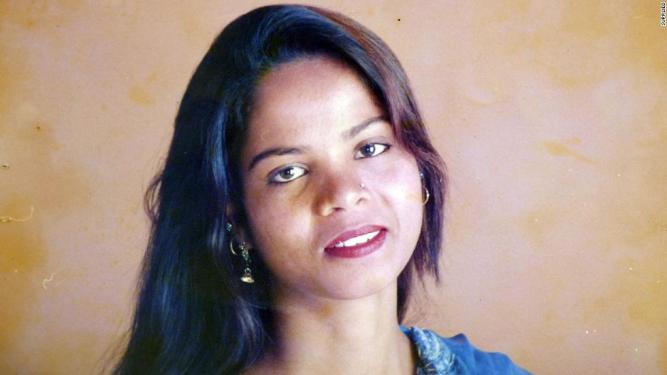 Asia Bibi.  The Muslim Times has the best collection to promote interfaith tolerance in every country of the world

The great scientist was forgotten by both state and society due to his religious affiliation with the Ahmadi faith, regarded as pariahs and heretics by mainstream Muslims in the Islamic republic. He was banned from lecturing at public universities under pressure from religious student organizations. He left Pakistan in 1974 in protest after then prime minister Zulfikar Ali Bhutto declared Ahmadis non-Muslims via a constitutional amendment.

The former chief scientific adviser to the president was buried in 1996 according to his wishes in Rabwah, the sect’s headquarters in the country, without a state funeral. Sadly, Salam was not even spared after his death. The word “Muslim” was deleted from his tombstone under court orders in 2014. The 20th anniversary of his death in 2016 passed without any significant mentions. Our education experts didn’t feel it necessary to mention him in school textbooks.

The Muslim Times has the best collection on the theme of interfaith tolerance @MuslimPoly @MuslimMarine https://t.co/DHU3pwcRsp pic.twitter.com/KPQ56l1H8O