BRITAIN and its allies have faced a turbulent year in 2018, with the fight against Islamic State in Syria, fears of spying from China and state-sponsored murder by Russia.

But if you thought 2019 was just going to be about Brexit and Dancing On Ice, think again. In military terms, the threats we face range from Russia successfully testing a hypersonic nuclear missile to confrontation against China. We will also have to consider tackling Islamic State and its affiliates in Syria, Nigeria and at home.

WW3 ALERT: US in SHOCK as Putin moves supersonic bombers in Caribbean
In cyber terms, these players represent a clear and present danger that could trigger a Nato crisis or deliberate attacks on our national infrastructure.

That each of them seek to undermine the global order is not news but, in a mark of the extraordinary times we live in, they are being encouraged in part by the US.
As long as President Trump continues to pursue his America First doctrine, the US administration mirrors their disrespect to international institutions.

Despite the budget crisis, Britain remains a Tier 1 military power, theoretically able to deploy a sizeable force to any hotspot, either alone or with allies. 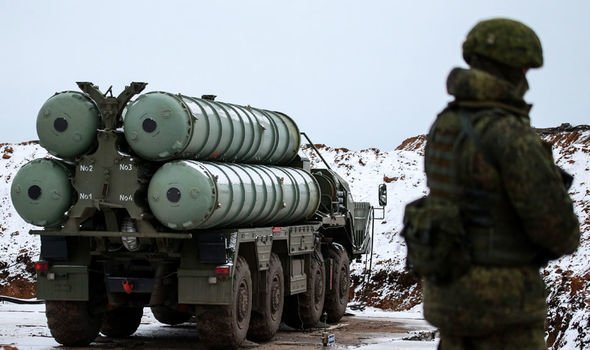 The post-Iraq “gun shyness” which has seen us focus on training missions is slowly giving way to a new political confidence to take action.

But as we embark on a new chapter outside the EU, we will have to carefully balance trade with threat, and pragmatism with principle.
Related articles