South Africa: Women in polygamous marriages have the right, Sis Thuli, to freedom of choice 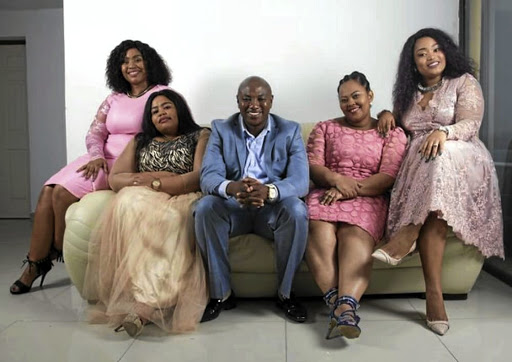 Musa Mseleku and his wives have a reality show on polygamy lifestyle which got South Africa talking as the majority grapple with the thin line between women’s rights and patriarchal dominance in marriages.

Thuli Madonsela owes South African women an apology. Because I am liberal in my politics, her views about polygamy published in the City Press recently did pain as much as they disturbed me.

My greatest disappoint came from the fact that the rhetoric was made by a female advocate who is viewed by many as a leader of social justice.

Her view that polygamous men are “narcissistic” and women who comply with polygamy “have a defeatist mindset” is problematic.

Madonsela based her arguments on views put forward by women on some television programme, however, even so, much of her writing read like sophisticated trolling. Her assertions were misguided and unfair.

In her glory to trash patriarchy, which she says is reinforced by polygamy, she abandons the basic values of egalitarianism.

In the first place, polygamy is a choice. Women have the right to opt in or out. This is why polygamy thrives while you wonder, and so, madam, it should not be so puzzling.

People must understand that an individual’s freedom to choose without fear of prejudice lies at the core of human rights and dignity. It further invokes other fundamental rights such as equality.

Madonsela’s arguments are no better than those who speak against homosexuality simply because it is forbidden by the Bible.

However, in doing so, they conveniently overlook that all human beings have the right to live their lives as they best see fit, regardless of what anyone or any book says. They chant and protest against gay people’s right to equality, seeing no reason for gay marriages to be legalised.

She was at pains detailing how polygamy was legalised despite “overwhelming rejection by the majority of women in or raised in such relationships”.

It’s true that problems do exist within polygamous marriages, but I could also easily open a Pandora’s Box on monogamous marriages concerning the multiple problems faced by women in that type of marriage, but this does not mean that we should vilify the institution of marriage.

Perhaps Madonsela’s greatest abomination was her assertion that it was “time we reviewed the Act’s effect against the assumptions made about polygamy”. That left me totally stunned.

Does Madonsela suggest the scrapping of the legislation since she is “convinced that polygamy is all about pandering to the needs of narcissistic men”?

I find fault in her call for review of the law given that the Act is laudable and responds to women’s rights on equality and dignity.

Polygamy will continue to exist, since women choose it, but women’s freedom requires constant vigilance, including by critics like her.

The Women’s Legal Centre hailed the legislation you so wish to be reviewed as a “commendable and [a] timely step in redressing the collusion between the formal legal system, patriarchy and customary law in the discrimination against black women during apartheid”.

The Women’s Legal Centre described the piece of legislation as the “legal basis for remedying the denial of legal recognition and protection for women in customary law marriages”.

The institution of polygamy is transparent and any suggestion that it causes harm to women is deceitful. Our main concern as feminists and liberalists should be whether women understand the legal framework.