Are humans naturally monogamous or polygamous?

Balance of evidence indicates we are biologically inclined towards monogamy 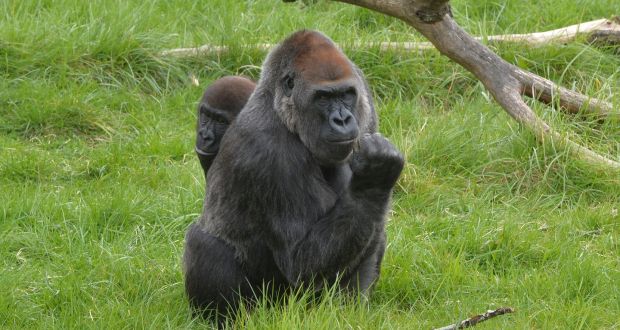 The dominant male in a gorilla group services a harem, hogging all the sex with all females in the group and denying the subservient males any “look-in”. Photograph: Alan Betson

Science has yet to definitively pronounce on whether humans are naturally monogamous (lifelong male-female breeding pair) or polygamous (single male breeding with more than one female). The human male body provides ambiguous clues to the answer but the balance of evidence indicates that we are biologically inclined towards monogamy while retaining an urge to “sleep around”. A nicely written summary of this field was written by David Engber in Slate – published on October 9th, 2012.

Consider testicle size as an indicator of mating habits. Male chimpanzees compete with each other to have sex with as many female chimps as possible. A female chimp’s uterus at any given time will contain sperm from several males. If any particular male is to have a chance of impregnating a female, he must ejaculate lots of sperm many times a day and this calls for big cojones. Chimp testicles routinely weigh 150 grams to 170 grams, one third the weight of the chimp brain. On the other hand, humans have evolved relatively small testicles, maxing out at about 50 grams (3 per cent the weight of human brain). Human testicle size points towards conservative sexual habits.

Male to female size ratio (sexual dimorphism) in a species is also a clue as to whether monogamy or polygamy is practised. The bigger the gap in size between male and female, the greater the competition among males for access to females. For example, male gorillas are much bigger than females and polygamy is the rule. The dominant male in a gorilla group services a harem, hogging all the sex with all females in the group and denying the subservient males any “look-in”. The dominant male’s sperm doesn’t have to compete with other male sperm and so the gorilla has evolved relatively small testicles. Based on this gorilla pattern the relatively small human testicles point towards polygamy.