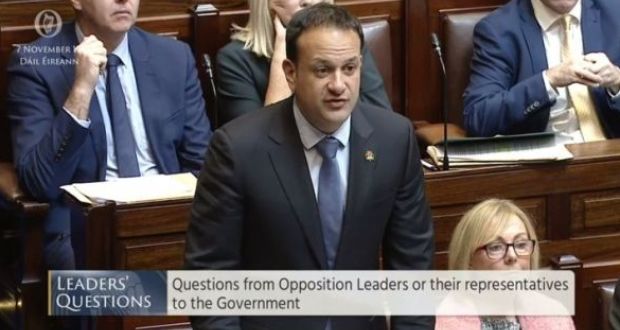 Taoiseach Leo Varadkar said one in six people in Ireland was not born in the State and that was very high relative to other countries. Photograph: PA Wire

Ireland has done much better in dealing with immigration and integration than other parts of the EU including Britain, France, Germany and the Netherlands, the Taoiseach has claimed.

Leo Varadkar said that while there were plenty of shortcomings including on direct provision, one in six people in Ireland was not born in the State and that was very high relative to other countries.

Ireland had done better than its European neighbours because immigration was diverse and not confined to immigrants coming from mainly one country, he said.

He added: “I am pleased and proud that during the deep recession when there was very high unemployment and living standards were falling, people did not turn to anti-immigration or racist politics in the way they have in other countries when times have been tough.”

Sinn Féin leader Mary Lou McDonald asked if the Taoiseach had spoken to Austrian Chancellor Sebastian Kurz about immigration at the last meeting of EU leaders in Salzburg.

Chancellor Kurz is viewed as close to eurosceptic EU governments and those opposed to an asylum seeker quota system.

“You only have to look to the system of direct provision to have proof positive that, far from managing migration, we are failing spectacularly in that regard,” she said.

But disagreeing with Ms McDonald, Mr Varadkar said that, despite the shortcomings of the direct provision system, “one in six people in Ireland was not born here, which is very high relative to that in other countries. It is higher than the figure in Britain, France, Germany and the Netherlands.