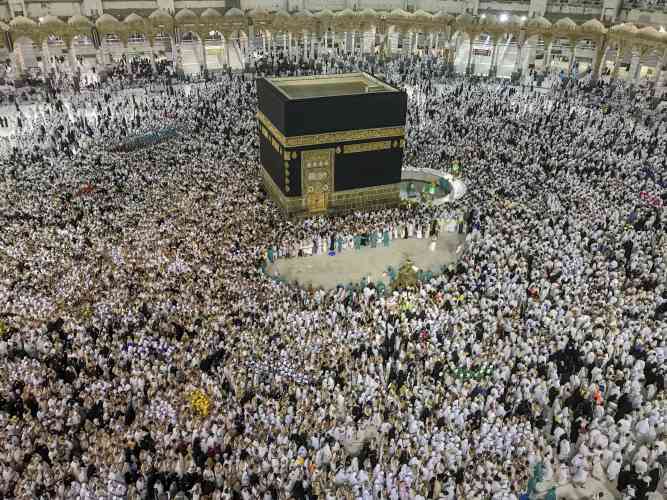 The Hajj is a pilgrimage to Mecca, Saudi Arabia, that all adult Muslims are expected to complete at least once in their lives.

Ahmadi Muslims are not recognised by other Muslims because of their beliefs and Saudi Arabia bans them from entry.

They risk arrest and deportation if they travel to perform the Hajj.

We met one man who made the journey in secret.