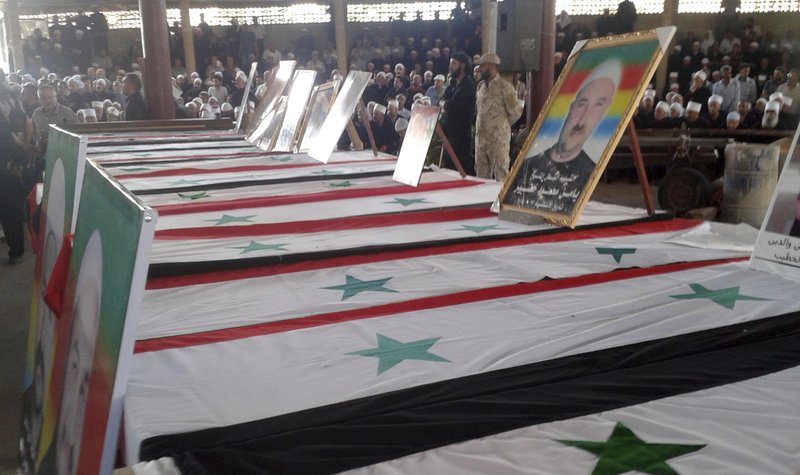 The simultaneous attacks on the city of Sweida and surrounding villages a day earlier evoked the dark days of Islamic State violence that beleaguered Syria and neighboring Iraq during the group’s heyday in 2014 and 2015. The abduction of civilians — activists say at least 14 were women — also were reminiscent of the group’s tactic of taking hostages and using women as sex slaves.

A mass funeral was held in the city of Sweida on Thursday where men gathered in a hall to pay their respects to the dead. The devastated city was covered in black and shops were closed during the day to mourn the mass deaths.