Imran Khan has won over Pakistan. But real power still lies with the army

Mass appeal, and military approval, brought Khan election victory – yet his ability to act on his promises may be limited

It is now certain that Imran Khan will lead Pakistan’s next government. But how much power will he really wield, and what can Pakistan and the world expect? Khan’s victory speech struck a conciliatory note, a welcome surprise to many after a vicious election campaign. He pledged to improve relations with Pakistan’s neighbours, India and Afghanistan, to widen the country’s tax base, stamp out corruption and improve governance. 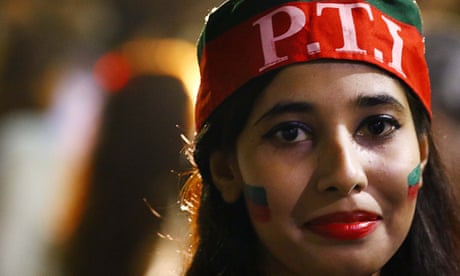 Pakistan has been directly ruled by the military for more than half of its 71 years. In this nascent democracy, each election is a milestone: this was only the second transition from one democratically elected government to another. But Khan’s victory comes against a troubled backdrop. Over the past few months, the country has seen drastically ramped up censorship, with widespread allegations of military interference in favour of Khan’s Pakistan Tehreek-e-Insaf (PTI) party. Every single opposition party has rejected his win, alleging vote-rigging.

Regardless, 22 years after entering politics, the former cricketer is to be the country’s prime minister. I have spent the past few weeks in Karachi, Pakistan’s largest city, and have heard countless people say something along the lines of “He can’t be worse than the others”. This is a symptom of a growing malaise with dynastic Pakistani politicians, who have swapped power between themselves for generations, appearing to do little more than enrich themselves.