Life Could Not Be More Difficult For Pakistan’s Ahmadis?

The recent USCIRF report highlights the plight of religious minorities in Pakistan. Religious minority groups such as Hindus, Christians, Sikhs, Ahmadis and Shi’a Muslims face violence and discrimination not only from violent extremist groups but also from society at large. This treatment of religious minorities continues to be tolerated by the Government of Pakistan. It is failing to protect these minority groups adequately or at all, especially from targeted, systematic and foreseeable (and preventable) violence. To add to this, Pakistan’s laws continue to contribute and legitimise the discrimination of religious minorities by Pakistan’s society at large. This is especially visible in relation to Pakistan’s strict blasphemy laws. As the USCIRF reports, those laws not only affect the rights of non-Muslims but also Shi’a Muslims and Ahmadis. 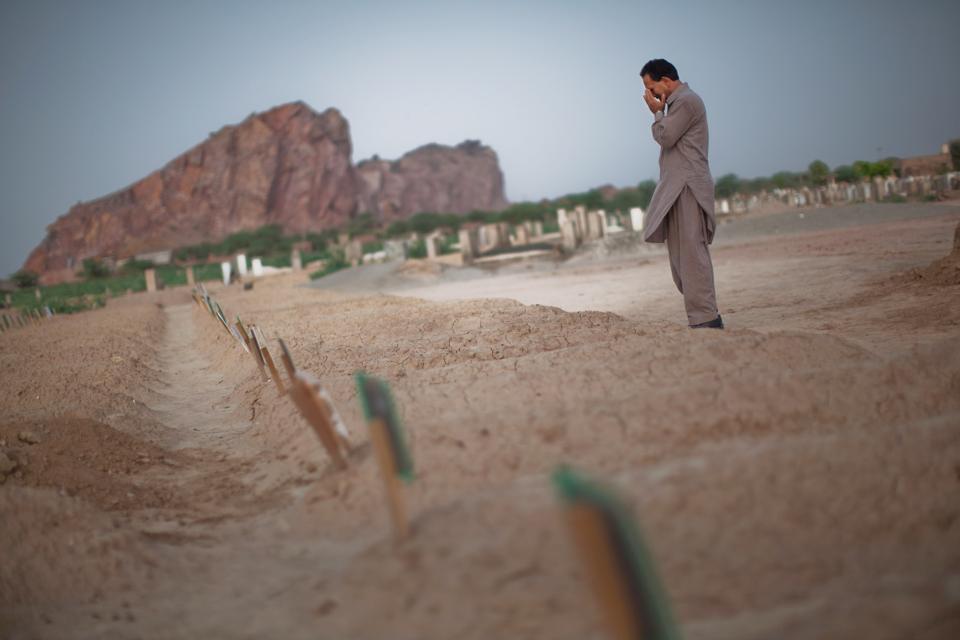 A man cries as he prays at the graves of the victims from the May 2010 Lahore attacks against Ahmadiyya community mosques July 14, 2010, in Chenab Nagar, Pakistan.  (Photo credit: Daniel Berehulak/Getty Images)

The Pakistani government has, in recent years, taken limited steps to address the issue of religious persecution. However, the steps it has taken have failed. Their failure is due, in part, to the fact that they did not go far enough and came too late to make a meaningful difference.

Despite highlighting the plight of religious minorities in Pakistan, minorities have continued to be placed under considerable pressure. One of such minority groups are the Ahmadis that constitute a tiny minority of 0.22% of the whole Pakistani population. The Ahmadis came to the forefront recently following the passage of the Election Reform Act of 2017. According to the USCIRF, amendments were proposed within the Election Reform Act of 2017 to the wording of the oath in the Candidate’s Nomination Form for Muslim candidates. This move would have made it easier for Ahmadis to vote, yet was widely criticised by religious extremist groups who were keen to avoid empowering the Ahmadi community and restrict their voting rights during the July 2018 national elections. Violent protests ensued and the Pakistani government subsequently indicated that the wording change was a clerical error and reinstated the original wording of the oath.

The protesters managed to pressure the Pakistani government into firing the Law Minister. Furthermore, as the USCIRF reports, some of the other demands included the simplification of the procedures for bringing blasphemy charges. This was despite the fact that the blasphemy laws in Pakistan are already used in a very liberal manner and without due process and redress for the accused. One of the most notorious such cases is the 2014 case involving four Ahmadi men who were arrested for allegedly removing posters containing anti-Ahmadi slogans and prosecuted on blasphemy charges. In 2017, three of them were sentenced to death and the fourth man died in police custody. Another alleged demand was for the introduction of a registry for all Ahmadis working in the government. Such a registry, in line with identifying religion on ID cards in different parts of the world, could lead to, at minimum discrimination of Ahmadis, and in the worst cases, violence and abuse against them.

It is accepted that even before the 2017 protests, the situation for the Ahmadi communities in Pakistan was unacceptable. They have faced social, political, and economic discrimination. Indeed, in 1974, an amendment to the Pakistani constitution was introduced that declared the Ahmadis to be a non-Muslim minority. This single move had an adverse effect on the enjoyment of rights by the Ahmadis in Pakistan. Subsequently, in 1984, President Zia issued Ordinance XX, effectively criminalised the Ahmadis (and those belonging to Lahori and Qadiani faith) ‘posing’ as Muslim or referring to themselves as Muslim. This was just the beginning.

So what can be done to help the Ahmadis in Pakistan? States and international institutions must engage with the Pakistani government in a dialogue to ensure that Pakistan respects its international obligations and ensure the right of freedom of religion or belief for all and adequate protection of minority groups. This must be led by major legal reform of all laws that continue to be discriminatory against religious minority groups. The government must also ensure that any crimes perpetrated against religious minorities are adequately investigated and prosecuted. No space should be left for impunity. However, the major work that needs to be done is to engage the Pakistani society at large. To address the intolerance and negative attitudes towards minority religions and to foster interfaith dialogue. This is a major task. However, without it, the future of religious minorities in Pakistan, like the Ahmadis, is questionable.

Ewelina U. Ochab is a human rights advocate and author of the book “Never Again: Legal Responses to a Broken Promise in the Middle East.”