Number of Japanese children falls to record low of 15 million 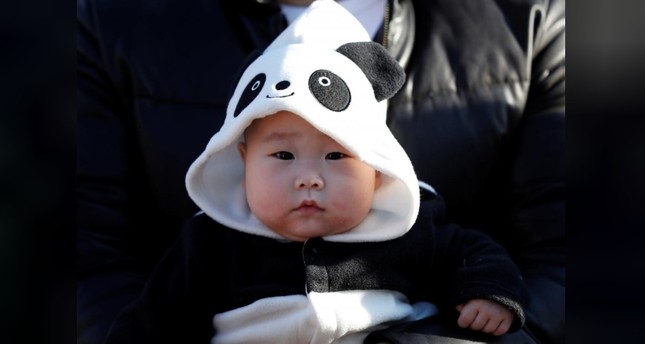 For the 37th consecutive year, the number of children in Japan has fallen by 170,000 compared to the previous year, proof if any were needed that it faces the issue of an aging and shrinking population.

According to data released by the Internal Affairs and Communications Ministry, there were only 15.53 million children under the age of 14 in Japan as of April 1, with the oldest segment of children between age 12-14 having the highest ratio.

The number of children is the lowest since the government started compiling data in 1899, the ministry said.

Children make up only the 12.3 percent of Japan’s 126 million population while this figure stands at 18.9 percent for the U.S., 28.7 percent for Turkey and 30.8 percent for India. The number of children is the lowest since the government started compiling data in 1899, the ministry said.

Governments have for years tried to encourage families to have more children but the population keeps shrinking, and aging.

People aged 65 or older accounted for 27.2 percent of the total population, the highest ratio on record, according to data released in July, while those aged 14 or younger fell to a record low of 12.7 percent.

Now on its way to becoming the world’s first “ultra-aged” country, meaning more than 28 percent of its population will be over 65, Japan’s shrinking workforce is having to pay for the ballooning cost of welfare.

The mix of problems has pushed many young people to postpone marrying and starting a family, only adding to the demographic issue. The age of women in the typical childbearing stage has now declined to a bracket of 25 to 39.

The government has done its best to encourage young people to have children and urged firms to raise wages and help employees achieve a healthy work-life balance. But the efforts have not resulted in significant changes.

As people migrate from the countryside to the cities, experts predict that Japan’s regional communities will gradually fade away and urban centers will be swamped by an elderly population.