An underwater “dead zone” larger than the area of Scotland has been discovered by robots exploring the Arabian Sea.

Scientists say the situation is “worse than feared” after finding almost no oxygen in the Gulf of Oman, the strait that connects the Arabian Sea to the Strait of Hormuz in the Middle East.

The region, which is almost totally devoid of life, has been described as the “largest and thickest dead zone in the world” and a “disaster waiting to happen”.

Describing the dead zone as “vast and growing”, lead researcher Dr Bastien Queste, from University of East Anglia’s School of Environmental Sciences, said: “The ocean is suffocating. Of course all fish, marine plants and other animals need oxygen, so they can’t survive there.

“It’s a real environmental problem, with dire consequences for humans too who rely on the oceans for food and employment.” 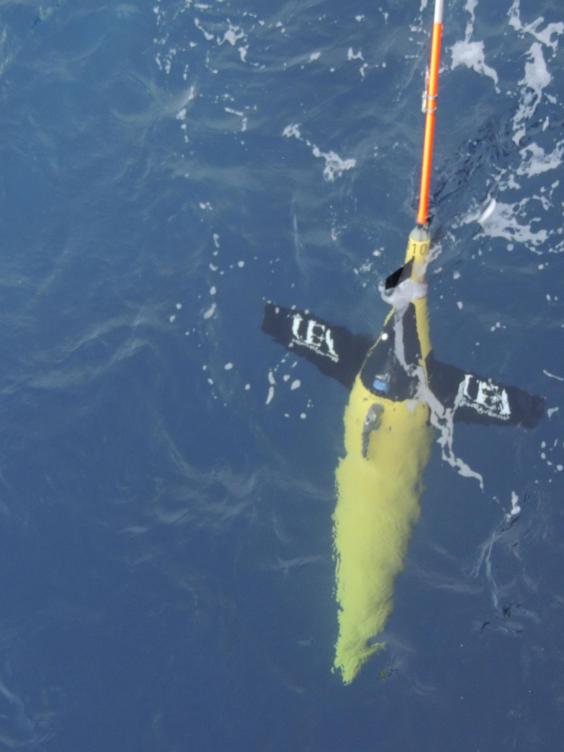 A Seaglider robot being deployed in the Arabian Sea (UEA)

The team deployed two Seaglider robots in the Gulf for eight months in order to build an underwater picture of oxygen levels. The area was previously inaccessible to researchers due to piracy and geopolitical tensions.

Communicating by satellite, the gliders, which are the size of a small human diver, reached depths of up to 1,000 metres and covered an area spanning thousands of miles.