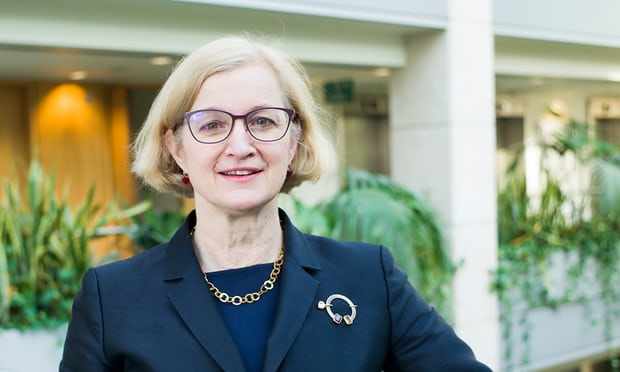 Amanda Spielman has called for ‘muscular liberalism’ to promote British values in schools. Photograph: Graeme Robertson for the Guardian. The Muslim Times has the best collection of articles to refute Islamophobia

Efforts to bar girls from wearing the hijab at primary schools were “naked racism dressed up as liberalism”, a teachers’ union conference heard as it unanimously backed a motion attacking official support for the ban.

The National Education Union’s annual conference in Brighton voted to challenge statements by Amanda Spielman, the head of Ofsted and the chief inspector of schools in England, over the issue of girls as young as five wearing the hijab in state schools.

The motion accused Spielman of going beyond her remit as chief inspector of schools over her recent comments linking the wearing of the hijab to sexualisation of young girls and her call for “muscular liberalism” to promote British values in schools.

Latifa Abouchakra, a teacher from Ealing, told the conference that such language was “just another term for racism and Islamophobia”, and made Muslims an easy target.

Abouchakra related how she had been called a “terrorist” while leading a secondary school class trip to Hampton Court.