US: Illinois mother gives birth to triplets after having twins

US mother gives birth to triplets after having twins-

one in a million occurrence 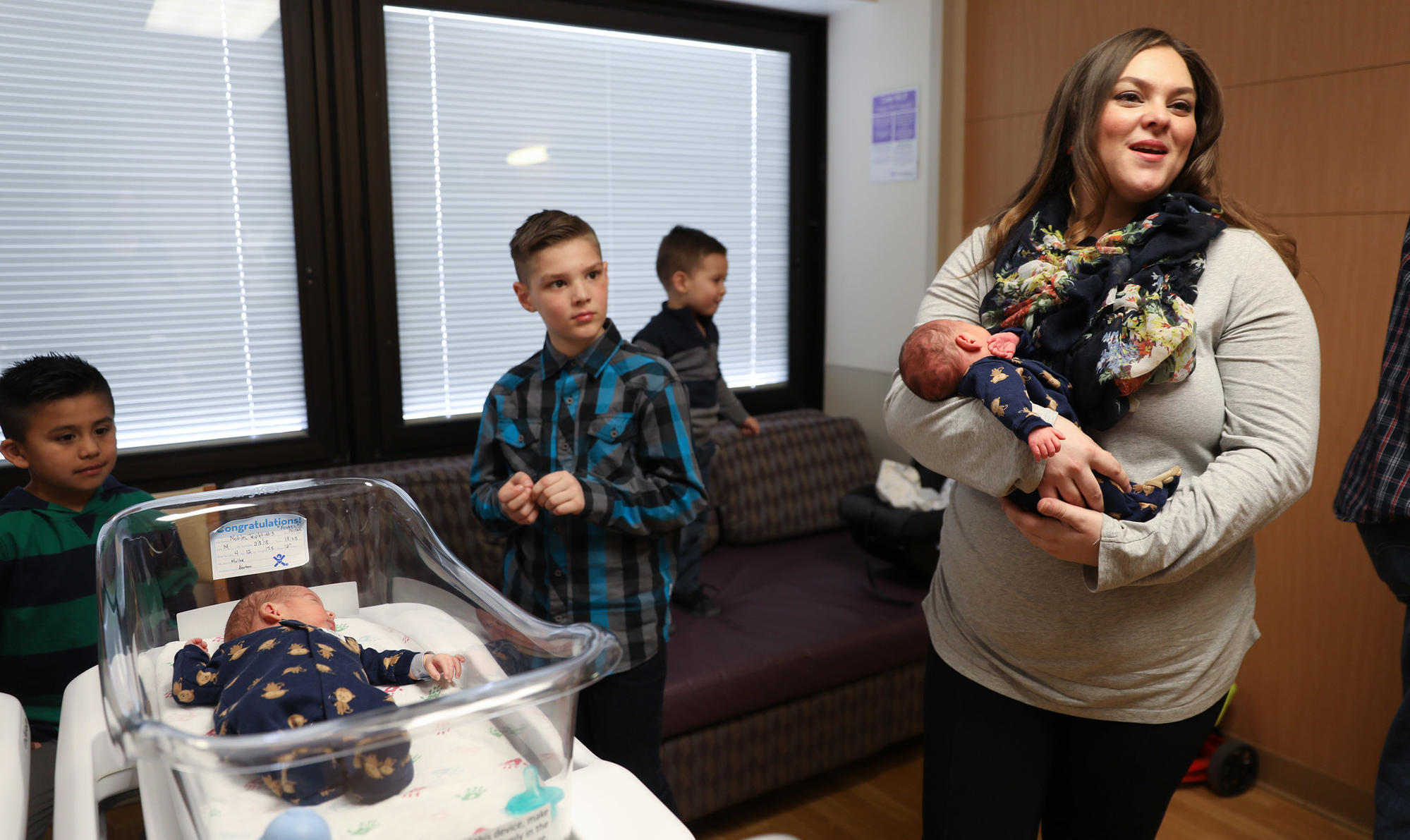 When it comes to pregnancy, Teri Nobles has had quite a run. First she gave birth to her son, Logan, who’s 10. Then three years ago she carried twins, Marcel and Victor. Now the Joliet woman has topped herself by welcoming a set of triplet boys on March 8. Her doctors call the sequence a “one-in-a-million occurrence.”

If a Joliet mom gets pregnant again, she should plan on having quadruplets. That’s if the pattern holds up.

Teri Nobles gave birth to a son, then twins and then triplets. Thankfully, she and her husband have family nearby to help and a closet full of diapers ready to go March 30, 2018. (Abel Uribe / Chicago Tribune)

She remembered when doctors told her, last year, that she was pregnant with triplets.

“I wanted to faint. I was nervous. I got really anxious,” Nobles said.

Just a few years ago, Nobles and Mario Aguirre, were preparing for twins.

“We went to the doctor and he said there were two sacs and again we just stared at each other,” Nobles said.

One of the twin boys died during childbirth.

Nobles’ oldest child, Logan, is 10-years-old. He remembered doing the math when he found out three more brothers were on the way.

“I wasn’t sure if they were serious or anything,” he said.

Dr. Vibhaben Thaker is a neonatologist at Advocate Good Samaritan Hospital in Downers Grove. She said she’s never had a patient who has given birth to one child, then twins, followed by triplets.

“Just to have the triplets with one set of identical twins is about one in 100,000 to one in 250,000, and then with her history it is very hard to put the numbers. I tried to see, but I couldn’t find a story like her,” Dr. Thaker said.
Nobles did not undergo any fertility treatments. The couple doesn’t have a family history of twins.

“It is unique, and a blessing, and as we mentioned we are short one. We still feel it is not enough,” Aguirre said.

But Nobles said don’t count on them having more children. The couple also has three children from previous relationships.

“If we were to get pregnant again there would be probably four, with my luck. It would be a blessing, don’t get me wrong, but I think we cut it off after the three,” Nobles said.

Categories: US, US Economy, US Policy, US Politics, USA