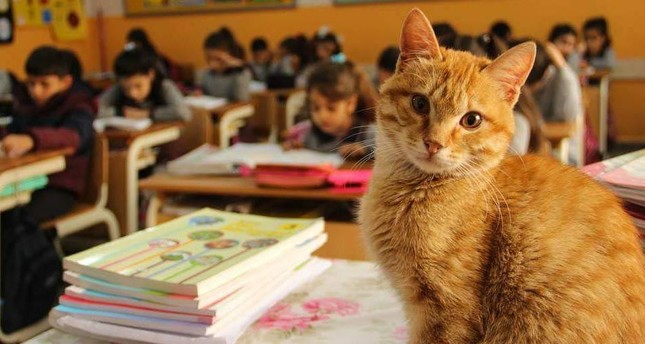 Tombi, an orange tabby cat who became known as the classroom cat in a primary school in Turkey’s Izmir province will return to his 33 classmates on Thursday after a brief goodbye.

Little Tombi was first kept in the school yard with the nine other cats the students looked after, but was soon adopted as the third-graders’ “class cat,” quietly sitting through lessons while being good company to the teacher and her students.

However, Tombi was forced to leave the school last week after a parent of one of the students lodged a complaint against the cat being in the classroom and posing an allergy risk.

Leaving behind heartbroken students, Tombi was adopted by another parent Nilay Coşardemir, but quickly started losing weight while in the household, which worried its new owner.

Tombi was then moved to a new temporary home, class teacher Özlem Pınar Ivaşçu’s home, who also looked after three other cats. Unfortunately, they didn’t get along and Tombi grew unhappier each day.

After hearing about Tombi’s story, Ömer Yahşi, the Provincial Director of National Education in Izmir, launched an investigation to see whether the cat actually posed a health risk to the students, and ordered Tombi to be taken back to the classroom to stay with his classmates. 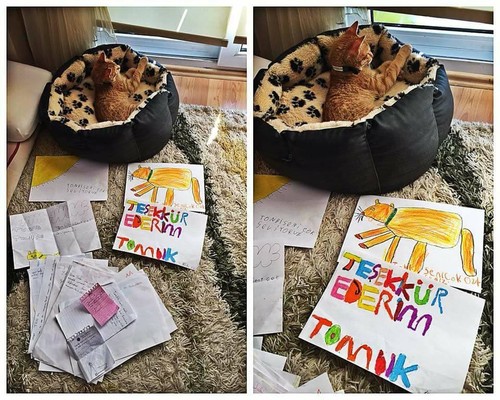 Ivaşçu said that her students were in tears after Tombi left, writing him letters and drawing him pictures to express their love.

Thanking Yahşi for his efforts, Ivaşçu said that her students were overjoyed with Tombi’s return, and that they will prepare a special living area for their beloved class cat.

“We now know where Tombi’s real home is,” she added.