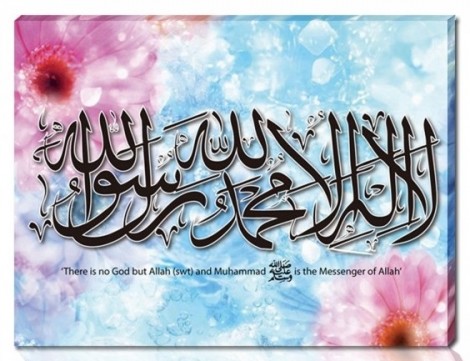 Creed of Islam or Kalimah should define and unite all Muslims — After all by reading Kalimah non-Muslims accept Islam. The Muslim Times has the best collection of articles to heal the sectarian divide among the Muslims

The video is in Urdu:

Pakistanis, drop everything & listen to this. Q: Do you consider Ahmadis Muslim?@JavedGhamidi: Anyone who claims to be a Muslim, I have no authority to pass Takfir on them. Takfir has been condemned by Islam. We can disagree on theology without passing judgment. #NoTakfir RT pic.twitter.com/pgSVss5IGu

Ghamidi declares the Ahmadis to be Muslims in unequivocal terms in the beginning of this video and towards the end of it. However, he does not believe in continuation of the prophethood after the holy Prophet Muhammad, may peace be on him:

Quran scholar and exegete, and educationist, who extended the work of his tutor, Amin Ahsan Islahi,[3] Ghamidi is the founder of Al-Mawrid Institute of Islamic Sciences and its sister organisation Danish Sara.[3] He became a member of Council of Islamic Ideology on 28 January 2006 for a couple of years,[4][5] a constitutional body responsible for giving legal advice on Islamic issues to Pakistan Government and the Parliament. He has also taught at the Civil Services Academy from 1980 until 1991.[3] He is running an intellectual movement similar to Wastiyya in Egypt on the popular electronic media of Pakistan.[6]

Ghamidi’s discourse is primarily with the traditionalists on the one end and Jamaat-e-Islami and its seceding groups on the other.[6] In Ghamidi’s arguments, there is no reference to the Western sources, human rights or current philosophies of crime and punishment.[6] Nonetheless he reaches conclusions which are similar to those of Islamic modernists and progressives on the subject, within the traditional Islamic framework.[6]

Are Ahmadi Muslims: A Collection of Articles?

We have saved the above video in the Muslim Times as well to ensure its longevity: