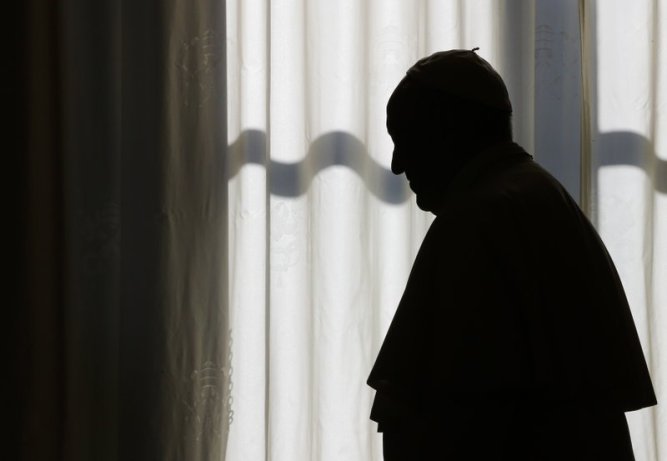 VATICAN CITY (AP) — Pope Francis on Saturday reaffirmed the “primacy” of using one’s conscience to navigate tough moral questions in his first comments since he was publicly accused of spreading heresy by emphasizing conscience over hard and fast Catholic rules.

Francis issued a video message to a conference organized by Italian bishops on his controversial 2016 document on family life, “The Joy of Love.” The document has badly divided the Catholic Church, with some commentators warning that it risked creating a schism given its opening to divorced and civilly remarried Catholics.

Francis told the conference that priests must inform Catholic consciences “but not replace them.” And he stressed the distinction between one’s conscience — where God reveals himself — and one’s ego that thinks it can do as it pleases.

“The contemporary world risks confusing the primacy of conscience, which must always be respected, with the exclusive autonomy of an individual with respect to his or her relations,” Francis said.

Is There Coercion in Islam and Christianity?

Is There Freedom of Thought or Coercion in the Holy Quran?

Australia: The number of people who identified as secular (30%) eclipsed the number of any particular religion