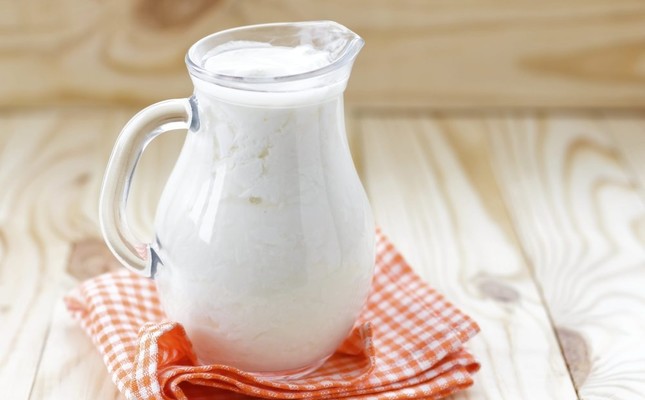 Rich in probiotics and geared to defend the immune system, kefir is a millenia-old remedy with origins in civilizations past

Are you feeling sick? Is your digestive system giving you a hard time? If that’s the case, your doctors will most likely advise you to consume more probiotics.

There are certain buzzwords that have dominated healthy living ideas from time to time. First, it was gluten and now it is probiotics. But what are probiotics?

Probiotics are live bacteria and yeasts that are good for your health, especially your digestive system. The good bacteria keep your body in balance and help you in many ways. It is only been since about the mid-1990s that people rediscovered the probiotics and their health benefits.

There are debates surrounding the origins of kefir. Some say it was invented by shepherds in the Caucasus Mountains while some claim that it originated in Central Asia. There is one certain thing though, kefir has been around for 5,000 years.

Kefir is a fermented dairy drink that is slightly tart and full of probiotics. Preparation of traditional kefir requires a starter community of kefir grains which are added to milk.

Nomads found many ways to benefit from the milk of domesticated animals and as they traveled from one place to another, they had to preserve the product for as long as possible.

Kefir was discovered long before cheese and yogurt since they were mainly the produced by the settled nations. Turkic people’s made kefir from the horse, goat or sheep’s milk and it was an important part of their diet.

The recipe for kefir had been a mystery to the westerners for ages and it became to be known as the “Caucasus’ elixir of youth.” It became no sort of a legend when reports indicated that the region’s elderly, many over the age of 100, regularly drank kefir.

BenefitsAlthough it is generally known to be beneficial for the digestive system, kefir has other good properties too. Among them, the first and perhaps the most important is that it is good for the immune system.

Kefir contains different compounds and nutrients that boost our immune system and protect cells. It has large amounts of probiotics, the special forces of the microbial world.

In addition, it is believed that kefir fights cancer, one of the leading causes of death worldwide. The probiotics in fermented dairy products are believed to inhibit tumor growth by reducing the formation of carcinogenic compounds and stimulate the immune system.

One study found that kefir extract reduced the number of human breast cancer cells almost by 56 percent, compared to only 14 percent for yogurt extract.

Children and elderly people are also advised to consume kefir as it makes bones stronger. According to healthline.com, recent animal studies have shown that kefir can increase calcium absorption by bone cells. This leads to improved bone density, which should help prevent fractures.

Kefir is produced with milk kefir grains or with kefir powder. First, mix the grains and the fresh milk in a bowl and mix. After that, cover the bowl with a cloth. Avoid using a hard cover as the mixture will be fermented and grow in time. Now, rest the mixture for 12 to 48 hours at room temperature and keep it away from direct sunlight. Check the jar every few hours. When the milk has thickened and tastes tangy, your homemade kefir is ready. Once the kefir is ready, extract the grains and pour them into fresh milk to repeat the fermentation process.