Irma: The Hurricane is one of the Most Powerful ever, and there are a lot of People in its Path 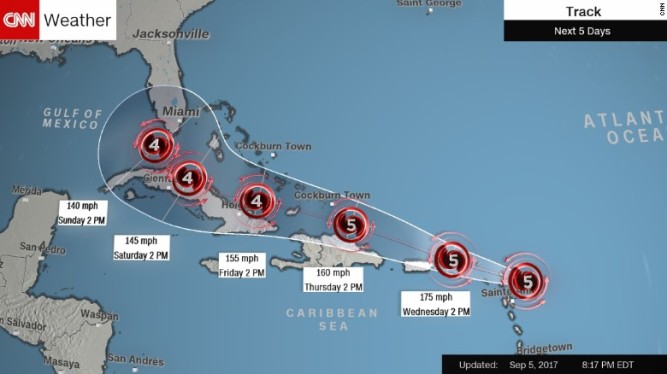 As Hurricane Irma’s eye roars away from the tiny island of Barbuda and toward St. Martin, residents along its path scrambled to evacuate, and stocked up on water, food and gas.

The massive eye stared down on the tiny island of Barbuda early Wednesday, thrashing it with howling winds before marching along its path on the Caribbean.

Irma’s eye was bigger than Barbuda, CNN meteorologist Jenn Varian said. It packed winds of 185 mph, making it one of the most powerful Atlantic storms ever recorded.
The Category 5 hurricane is “potentially catastrophic,” especially if it hits islands at high tides, the National Hurricane Center said.