US: Why Is the Southern Poverty Law Center Targeting Liberals? 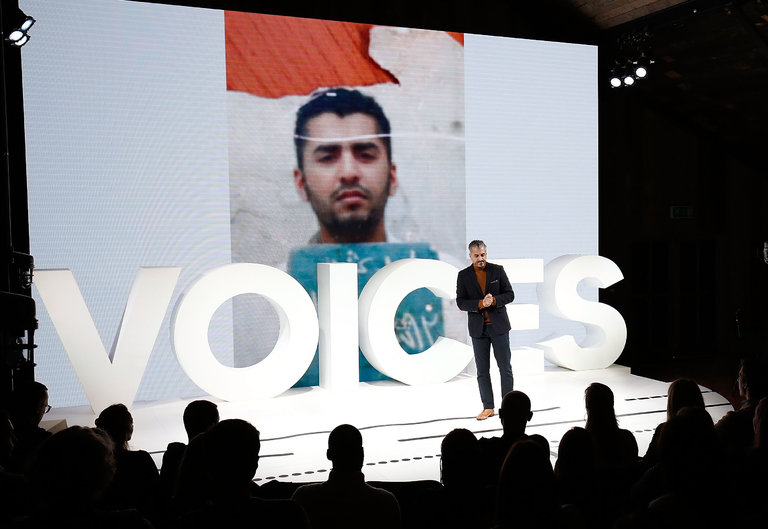 Since the violence in Charlottesville 10 days ago, when white supremacists left one young woman dead and 19 others injured, the Southern Poverty Law Center has hit the jackpot. The Alabama-based nonprofit is set to receive millions of dollars in donations from some of the nation’s deepest of pockets. Apple pledged $1 million. JP Morgan Chase & Co.: half a million. George and Amal Clooney even got in on the action, promising to donate another $1 million.

Like every other decent American, I was outraged that the president of the United States equivocated in condemning neo-Nazi activity in this country. Nazism — not to mention white supremacy and racial bigotry — has no place in a civilized society.

But is donating money to the S.P.L.C. the best way to combat this poison? I think not. If Tim Cook and Jamie Dimon had done their due diligence, they would know that the S.P.L.C. is an organization that has lost its way, smearing people who are fighting for liberty and turning a blind eye to an ideology and political movement that has much in common with Nazism.

I am a black woman, a feminist and a former Muslim who has consistently opposed political violence. The price for expressing my beliefs has been high: I must travel with armed security at all times. My friend and collaborator Theo van Gogh was murdered in broad daylight.

Yet the S.P.L.C. has the audacity to label me an “extremist,” including my name in a “Field Guide to Anti-Muslim Extremists” that it published on its website last October.

In that guide, the S.P.L.C. claims that I am a “propagandist far outside the political mainstream” and warns journalists to avoid my “damaging misinformation.” These groundless smears are deeply offensive, as I have dedicated much of my adult life to calling out the true extremists: organizations such as Al Qaeda and ISIS. Yet you will look in vain for the S.P.L.C.’s “Field Guide to Muslim Extremists.” No such list exists.

That’s a shame, because Islamic extremism — a movement that aims to impose a caliphate and Sharia law by violent means — is as toxic as white supremacy. In the past two decades, it has certainly been responsible for many more deaths.

Every weekday, get thought-provoking commentary from Op-Ed columnists, the Times editorial board and contributing writers from around the world.

Sign Up
You agree to receive occasional updates and special offers for The New York Times’s products and services.

Like neo-Nazis, Islamic extremists despise liberalism. They deny the equality of the sexes, justify wife-beating and, in some cases, even the enslavement of female unbelievers. The Islamic State and groups like it regularly murder gay people in the most heinous ways. Islamic extremists are also virulently anti-Semitic, like the Nazis before them. And like today’s American Nazis, they brandish swastikas, chant slurs and peddle conspiracy theories.

The terrible consequences of Islamic extremism are on display on a weekly basis around the world. In the days after Charlottesville, five men in Barcelona used a van and knives to kill 14 and injure scores of innocent people. Another Islamic extremist went on a stabbing rampagein Finland. In wealthy societies like the United States, most plots to kill in the name of Islamist supremacy are foiled. But poorer societies in the developing world lack the means to do that, which is why the majority of victims of the extremists are in countries like Afghanistan, Iraq, Nigeria, Pakistan and Syria.

It is not surprising that, when I point out such facts, I am viciously attacked and threatened by those who are dedicated to Islamic extremism. But it has always struck me as odd that so many supposed liberals in the West take their side rather than mine, as happened three years ago, when Brandeis University rescinded their offer to me of an honorary degree. I would have expected a civil-rights organization supposedly committed to justice to speak out against those who would oppress women, gays and people of other faiths. But the S.P.L.C. has nothing to say about Islamic extremists; only about their opponents.

Another voice the S.P.L.C. has tried to silence is that of Maajid Nawaz, who was included in the same field guide as me. (He is suing the organization for defamation.) Mr. Nawaz has written extensively about his past as an Islamic extremist in England and Egypt, just as I’ve written about my time in the Muslim Brotherhood as a teenager. For the past decade, he has run Quilliam, an organization dedicated to countering Islamic extremism in Britain and elsewhere, notably in Pakistan.

I met Mr. Nawaz in 2010 at a debate in New York City, where the subject was the nature of Islam. Our passionate disagreement was on full display: Mr. Nawaz is a secular Muslim, whereas I am not a believer any longer. Yet we both agreed the path to a successful reformation of Islam lies in more debate, more scrutiny and more critical thinking. It is exactly these activities that our opponents, now including the S.P.L.C., describe as extremism.

Cui bono? That question is nearly always the right one to ask of organizations like the S.P.L.C. Who really benefits from their activities? Repeatedly, and for more than a decade, journalists at publications ranging from Harper’s to Politico to The Nation to The Weekly Standard have pointed out that the center’s founders seem more interested in profiting off the anxieties and white guilt of Northern liberals than in upholding the civil rights of poor Southerners, or anyone else. There’s a less cynical explanation, though, which is that liberals are deeply and increasingly uncomfortable with calling out Islamic extremism for fear of being smeared as “Islamophobic,” or worse.

Regardless, the S.P.L.C.’s decision to target those who speak up for the civil rights of Muslims is a travesty.