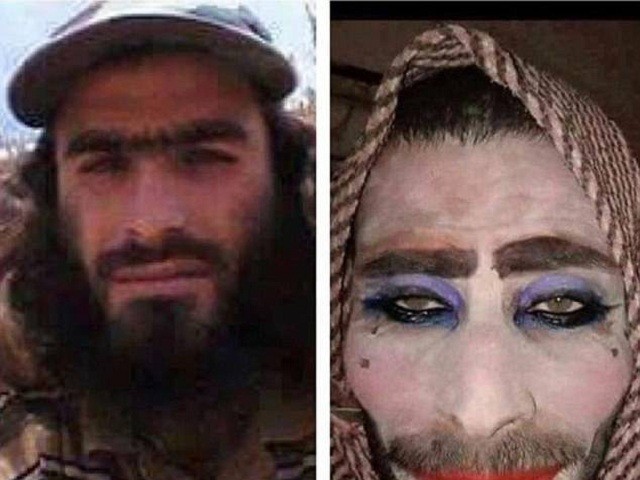 An Islamic State militant tried escape Mosul disguised as a woman, but was apprehended as he forgot to shave off his beard and moustache,Mail Online reported. The ISIS fighter was trying to get away from the former militant stronghold as Mosul was recaptured, but did not quite get his escape plan right. Dressed in women’s clothes and with elaborate makeup, the bearded man forgot to get rid of his facial hair. In photos released by the Iraqi army after his capture, the man can be seen to have slathered on powder, eyeshadow and lipstick, even adding some beauty spots.