Kashmir: The forgotten cause! 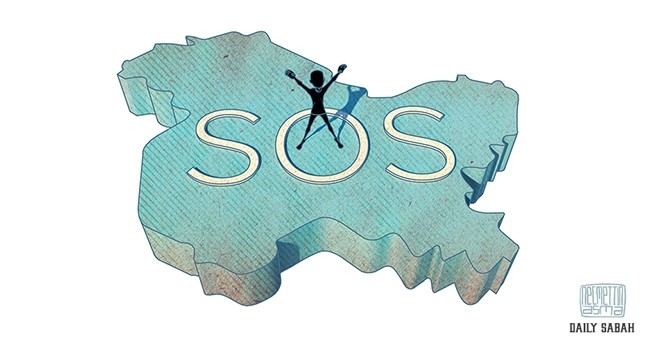 The image of Farooq Ahmad Dar, a Kashmiri shawl weaver, bound as a human shield on the bumper of an Indian military jeep is an atrocious display of an army that has become well-accustomed to human rights violations. On April 9, Mr. Dar was detained for no reason whatsoever while on his way to a relative’s funeral, beaten by the Indian troops on hand, then tied to a military jeep and driven through at least nine different Kashmiri villages. The Indian army’s use of Dar as a human shield was intended to stop protesting youth from throwing stones at soldiers, and constitutes a grave violation of humanitarian international law. After the image spread on social media, authorities in the region ended up filing a criminal complaint against the army for tying Mr. Dar to the jeep and parading him as a human shield in nine villages. We have to wait and see if anything comes out of the complaint, but previous complaints did not result in any charges, or very minor disciplinary steps had been taken, and I am afraid the same will happen in this case.

In an interview with the Indian press, Mr. Dar spoke about people’s reaction to seeing him driven tied up on the front of a military jeep: “When they saw me, they were afraid and angry… I saw people breaking into tears on seeing my state… My family wants me to see a doctor, but I am afraid of stepping out of our house,” he said. “When it’s evening, I see them in my thoughts, coming again to take me away. Again, they strap me to the jeep and make the rounds of the villages.”

The region that Mr. Dar comes from is in an area of Kashmir that historically expressed opposition to India’s military presence and boycotted the recent elections in the area. However, Mr. Dar actually said, “I voted, and this is what I got in return.” He indicated that he opposed the separatists’ movement in the region but in his mind the action will only strengthen the ongoing resistance: “Do you think it will help India in Kashmir? No. It will give Kashmiris another reason to hate India.”