Indeed, Allah enjoins justice, and the doing of good to others; and giving like kindred; and forbids indecency, and manifest evil, and wrongful transgression. He admonished you that you may take heed.  (Al Quran 16:90/91) 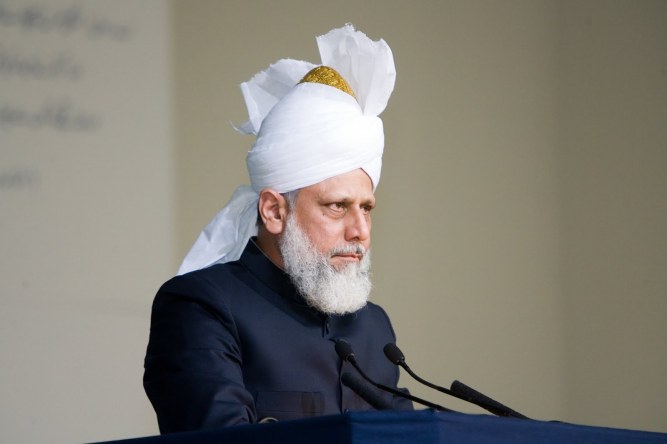 The world’s leading Islamic advocate for peace is using Britain’s biggest mosque as a platform for a renewed call for Muslims to return to their true faith by serving humanity ‘with the spirit of kindness and humility that is integral to Islam.’

“A religion which does not inculcate compassion is no religion at all,” said His Holiness Hazrat Mirza Masroor Ahmad, the fifth Caliph of the Ahmadiyya Muslim Community quoting the words of the community’s founder in 1908.

His Holiness addressed the National Peace Symposium on Saturday 25 March entitled ‘Global Conflicts and the Need for Justice’ at the landmark Baitul Futuh Mosque in Morden, south London. Here is the video of his keynote speech:

The Muslim Times’ Collection on Islam’s Condemnation of Terrorism