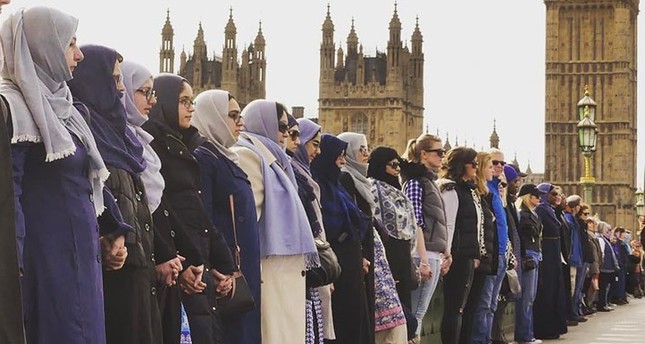 Muslim women gathered in London wearing blue headscarves as a symbol of hope on the Westminster Bridge to give a message of unity to the world after last week’s deadly terror attack at the scene.

The women stood in silence for five minutes as Big Ben chimed to pay tribute to those who lost their lives during the attack on the bridge. The event was organized by the Women’s March on London platform.

“The feeling of what happened here on Wednesday was really strong,” said Fariha Khan, one of the 40 women who participated in the event.

“We thought of the ordinary people who were here and were mown down, standing here like this, it was very overwhelming,” she added.