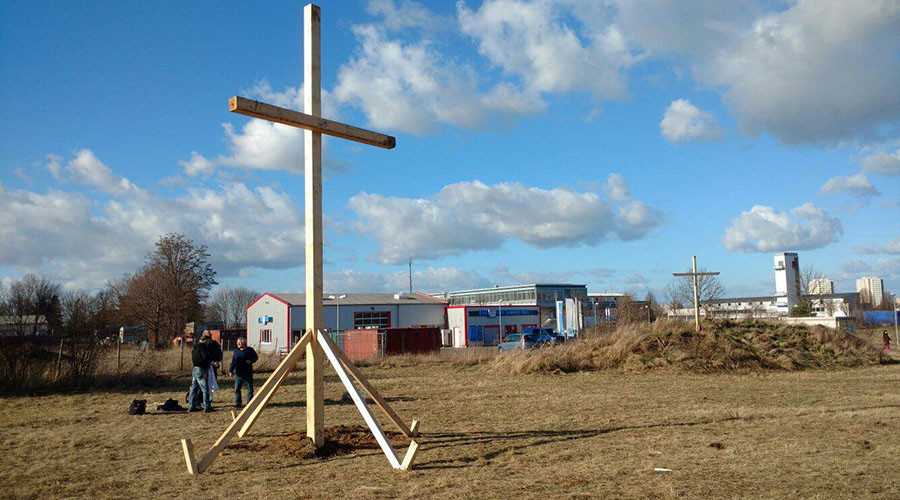 The cross was later torn down by unknown persons, but re-erected shortly afterwards by the initiators – along with six more wooden crosses of varying sizes. The move came after the Ahmadiyya community announced plans to construct a mosque on the undeveloped grounds in a commercial zone in Erfurt-Marbach – the first such building in Thuringia.Currently there are only a number of prayer rooms in several towns across the region. The building application is to be submitted to the municipal administration in the coming weeks, according to the local MDR news outlet.