US Judiciary Sets Another ‘Golden Example’ for ‘Absolute Justice’ 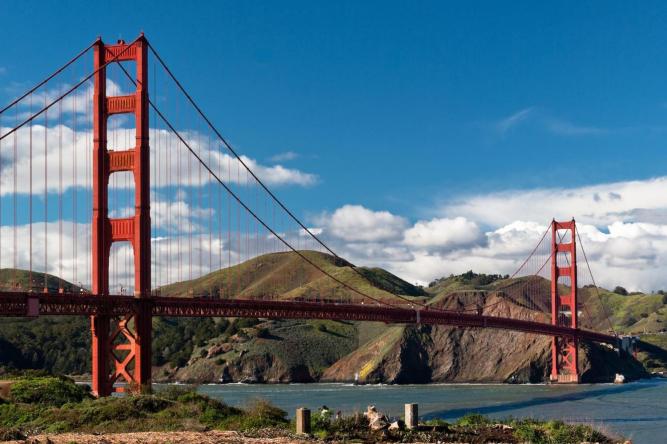 Golden Gate Bridge is the most famous landmark of San Francisco. The Appeals Court unanimously making the landmark decision with justice and integrity is in San Francisco of all places in USA

A US federal appeals court has rejected President Donald Trump’s attempt to reinstate his ban on citizens from seven mainly Muslim countries.

The 9th US Circuit Court of Appeals said it would not block a ruling by a Seattle court that halted the order.

Mr Trump responded with an angry tweet saying national security was at risk and there would be a legal challenge.

It was unclear whether he intended to file an appeal to the Supreme Court or keep fighting the case in Seattle.

In its 3-0 unanimous ruling on Thursday, the appeals court said the government had not proved the terror threat justified reviving the ban.

The ruling means that people from Iran, Iraq, Libya, Somalia, Sudan, Syria and Yemen with visas can continue to enter the US, and refugees from around the world, who were also subject to a temporary ban, are no longer blocked either.

However, the ruling does not affect one part of Mr Trump’s controversial executive order: a cap of 50,000 refugees to be admitted in the current fiscal year, down from the ceiling of 110,000 established under his predecessor, Barack Obama.

US Supreme Court Washington, DC, USA symbolizes justice, due process and more than 200 years of constitutional debates. The case will next go to the Supreme Court, we just do not know the details of timing yet