UK:We dressed visibly as Muslims for a month – here’s what it taught us about UK Islamophobia 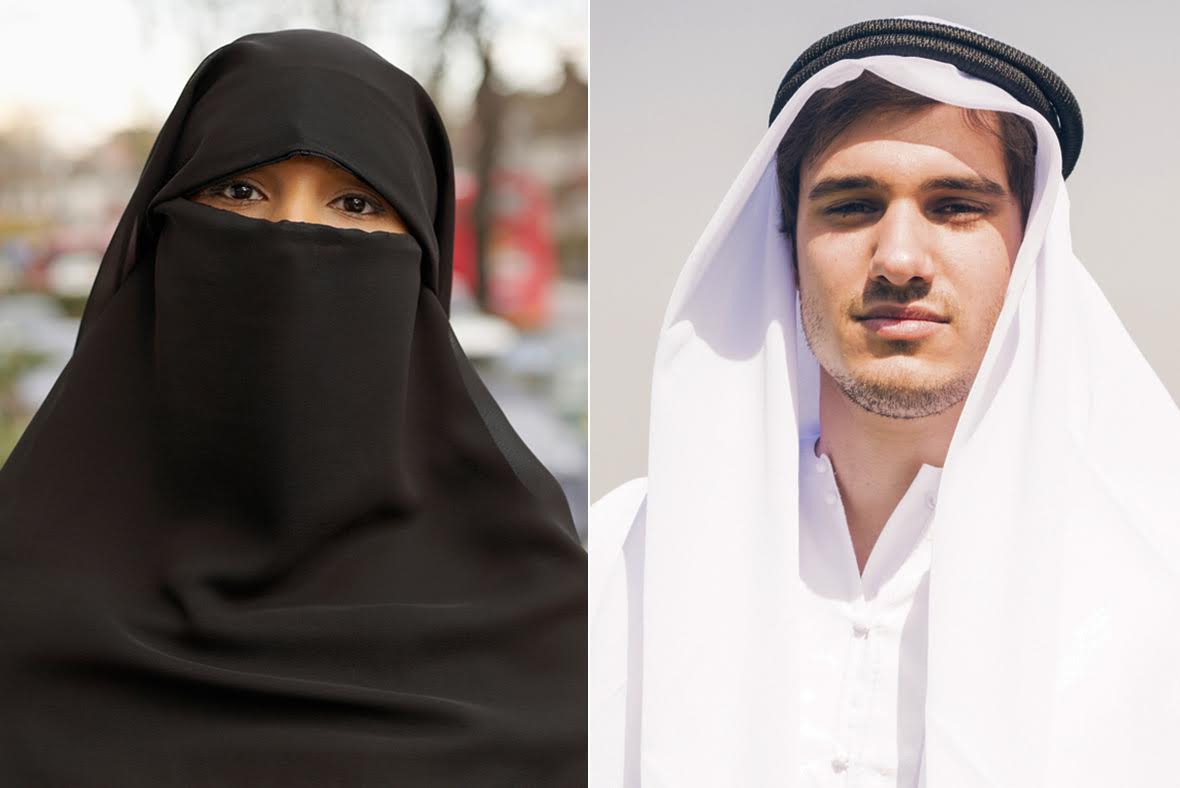 Many bystanders saw us being threatened and harassed but did not intervene.

Britain is a nation of real diversity, tolerance and multicultural vibrancy. But for those who have suffered hate crime, it can be an alienating and terrifying place. Police figures have shown that hate crime surged in the UK in the weeks following the EU referendum vote, and still remains at significantly higher levels than a year ago.

But two covert research experiments we undertook showed that even before the vote in favour of Brexit, animosity and hatred towards Muslims was considerable. In two independent research projects, we spent four weeks each living as “visible” Muslims.

In 2015, Imran grew a beard, wore the jubba (male Islamic dress) and Islamic cap in public places in Birmingham while, in 2014, I wore the full veil – including jilbab (long dress), hijab (headscarf) and niqab(face veil) – in public places in Leicester. Our goal was to examine how our perceived identity as Muslims made us vulnerable to Islamophobic victimisation. The level of hatred and vitriol we experienced was startling.

I am a Muslim but I am not visibly identifiable as one from my appearance. In 2015, while interviewing some participants as part of another research project, one of the male participants challenged my status as a non-visible Muslim. He told me: “Look Imran, you don’t dress as a Muslim, you simply don’t know how it feels like.”

In light of this, between August and September 2015, I decided to adopt a ‘visibly’ identifiable Muslim identity in public spaces in order to research Islamophobia. I grew a beard and wore the jubba and Islamic cap as part of my daily routine in Birmingham.

My experiences of harassment and intimidation as a result of altering my appearance included name-calling, swearing and threats of physical violence. I was persistently either stared at or pointedly ignored in public, sneered and sworn at, and called a “f**** terrorist”.

In light of my Asian background, I also suffered verbal abuse such as “P**** terrorist”, indicating both Islamophobic and racist attitudes. I felt embarrassed, humiliated and in some cases started questioning whether I really was accepted in this country as a British Muslim.

On one occasion I parked my car and went to a nearby shop to get a cold drink as it was a very hot day. As I was walking towards the shop, I heard a loud noise from a car and two men shouting: “You terrorist scum”.

Another time, I was walking down a busy street and two teenage girls walked past me and shouted: “Get them out of our country.”

I am not a Muslim, I am an Orthodox Christian. For my PhD research, I examined the experiences of veiled Muslim women who had been victims of Islamophobia in public spaces. I did 60 individual and 20 group interviews with veiled Muslim women.

During the interviews, some participants suggested that I wear the veil in order to see for myself the level of abuse and hostility that they suffered on a daily basis. They felt this was important so that I could accurately interpret their stories, and represent their “voices” regarding the nature, extent, and impact of Islamophobic victimisation. I decided to wear the veil for four weeks as part of my daily routine in public places in Leicester.

My experiences included name-calling, swearing, threats of physical violence and derogatory forms of humour. Underlying all these forms of verbal abuse was a clear sense of anti-Muslim hatred and hostility, made apparent through the language used by the perpetrators. Typical examples of name-calling included “Muslim terrorist”, “suicide bomber” and “you lot are terrorists”, indicating that the perpetrators perceived veiled Muslim women as a security or terrorist threat.

Read more: Why I encourage non-Muslims to wear a hijab for the day

The comments and gestures that perpetrators made were often threatening. On one occasion, I was walking on the street in Leicester when a white man came up close and started making explosion sounds at me. He asked me: “How many people have you lot killed in the name of Islam?”

I also experienced verbal and non-verbal sexual harassment in public. For example, unknown men on the street made sexual comments, often followed by sexual noises. In some cases, these individuals shouted: “Take it off!”

As these experiences demonstrate, the wearing of the veil carries connotations of gender inequality, religious extremism, lack of integration, and for some presents a threat to British and Western ideals.

Our experiences were similar to the Islamophobic victimisation experienced by those men and women whose appearance is visibly Muslim. That said, we both realise it is not possible for “outsiders” to ever fully grasp the experience of being visibly Muslim and so vulnerable to Islamophobia on a daily basis. The emotional, psychological and physical impacts on them will be exponentially deeper.

We have made a number of new recommendations in a short briefing about our research, starting with the need for the public to intervene and assist victims of anti-Muslim hate crime. During our experiences we both saw bystanders who saw us being harassed but did not intervene. Victims of such hate crimes do not necessarily want physical action – just a phone call to inform the police what they have witnessed.

We also believe that front-line workers in the criminal justice system should be trained in how best to respond to victims who have reported a hate crime. They need to have better awareness of what hate crime is and how to help reassure victims.

For both of us, we were more likely to be victimised on public transport and on the street and so argue that public transport staff should be given appropriate training on how to help hate crime victims. Taxi drivers, restaurant owners and others who work at night should also be better linked in with crime prevention teams. A campaign of powerful stories and posters against hate crime could be used on trains and buses.

Much more work should be done to better understand the causes and drivers of anti-Muslim hatred. Public services such as the NHS need to help support those suffering emotional stress and anxiety after a hate crime. A local approach is necessary to see how best these services can be used to reassure targeted communities.

While conducting this social experiment, we were both subjected to verbal abuse, harassment and potential physical attacks. The EU referendum campaign was marked by divisive, anti-immigrant and xenophobic rhetoric. In its wake, the number of Islamophobic attacks is likely to remain at high levels, with victims suffering in silence and perpetrators getting away with it.