I didn’t realize how often Muslims get kicked off planes, until it happened to me 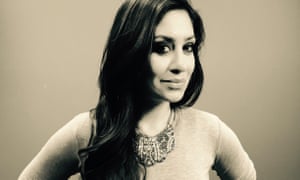 My friend and I were removed from an American Airlines flight for requesting water and asking why we were still aboard an idling plane. Photograph: Courtesy of Niala Mohammad

A recent news report documented the removal of two Muslim womenworking for the federal government from an American Airline flight. On its surface the airline staff appeared to be upholding safety regulations, but in reality they were engaging in discriminatory practices. I know this to be true because I was one of the two women. We were removed from the plane for doing nothing more than requesting water and asking why we were still aboard an idling plane for more than five hours.

Although the incident was humiliating it was also eye-opening. Until it happened to me, neither my friend nor I had realized how common this trend had become. Passengers are removed from an aircraft for benign reasons such as asking for a beverage, a child harness, speaking a foreign language, changing orupgrading seats, taking pictures, making videos, or questioning a long delay. It isn’t just about what happened to me – increasingly Muslims are a part of a cycle of discrimination that targets them due to their appearance.

American Airlines states that they prohibit “discrimination of any kind” and ensure that their “policies require that we treat all our customers in a fair and courteous manner and discrimination due to race, ethnicity, religion, or skin-color is not tolerated”. However, this was not reflected in the treatment that I and other passengers received.

Shan Anand, a young, turbaned, Sikh man along with three of his Muslim friends were removed from an American Airlines flight traveling from Toronto to New York earlier this year. When I asked Shan why he thought he and his friends were removed from the flight he said: “We know why it happened, right? There were four of us, three are Muslim and I am Sikh.” When Shan and his friends asked American Airlines why they were removed, they were told: “There were inconsistencies of their behavior traveling as a group.” But the explanation made no sense to Shan – he was traveling in a group of six with two Latinos, three South Asians and one Arab, yet only the South Asians and Arab were removed. Shan and his travel companions were told that “the crew felt unsafe”.

“Unsafe”: a trigger word commonly used as an excuse by airlines under the pretext of ensuring safety and security post-9/11. Nearly all Muslims have at some point been subject to secondary security screening selection, but being thrown off a plane was an entirely new level of humiliation for me.

Khurram Ali, the former civil rights director for the Council on American-Islamic Relation’s (CAIR’s) New Jersey chapter, explains that the pilot of an aircraft is given a list of those passengers that are marked with the infamous SSSS on their boarding pass. The SSSS or *S* indicates someone needs to be scrutinized a bit further by the Transportation Security Administration (TSA). And although it is unknown if airline attendants have access to the names labelled SSSS by TSA on domestic flights, they do have access to their respective airline computer reservation system, which details passenger name and detailed information. 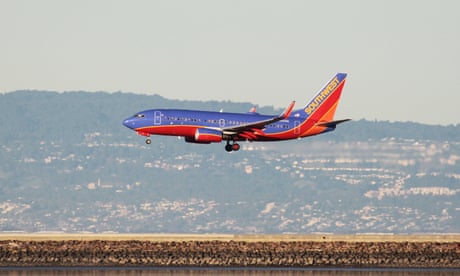 Although there is no published criteria used to select passengers for “random selection” or “suspicion”, Ali says: “It is happening to more and more people who are considered visibly Muslim.” Ali documented 27 airline discrimination complaint cases with three of those being “pulled off” or airline removal cases for CAIR’s New Jersey chapter during his short tenure. But as he pointed out, those numbers come nowhere near the amount being documented by CAIR on a national level.

CAIR has been fairly thorough in its documentation of discrimination against American Muslims, however it is still in the process of aggregating data regarding Muslim airline passengers being “pulled off” planes. Corey Saylor, CAIR’s director of the department to monitor and combat Islamophobia, acknowledged that they “are seeing more airline cases”. But in regards to statistics, Saylor stated: “We do not have stats as of yet. We are working on it.”

The only cases the public is aware of are those documented in the media. I counted nine airline passenger removal cases involving American Muslims published in the media over the past 13 months. But if that isn’t indicative enough, just look at trending hashtags on social media like #FlyingWhileMuslim to understand and confirm the reality of rising discrimination.

The official reasons for removal of these passengers are all in relation to safety and security concerns. But there is no mistaking this trend toward discrimination of Muslims.. Here are a few examples:

Many instances have gone undocumented due to fear of victims being further targeted, labeled troublemakers and being put on a “no-fly” list. The silent acceptance of these incidents has enabled airlines to dismiss the arbitrary treatment of select passengers as compliance with airline security regulations post-9/11. This policy is not effective and ultimately makes Americans feel marginalized in our own country.

He adds: “By the way, it’s much harder on women, because they are more visibly Muslim and they often bear the brunt of the burden of Islamophobia or discrimination.

Trump’s statements have fostered and further instigated an atmosphere of fear and prejudice towards the estimated 6-7 million Muslims in America.

I’m an American, and being labeled a safety threat is unacceptable in a country founded on tolerance and freedom.