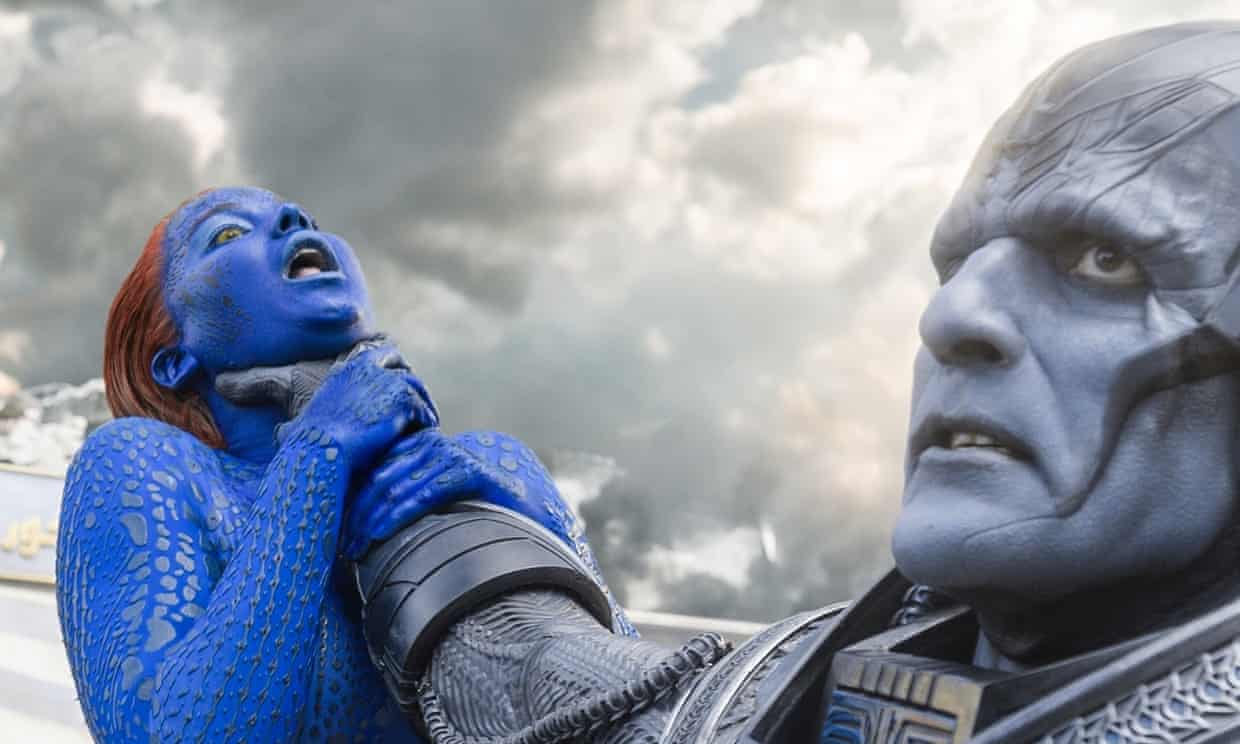 ‘It’s not surprising that executives see nothing wrong with presenting women as victims or pieces of meat on movie posters, because that’s so often how they’re portrayed in the films themselves.’ Photograph: Allstar/20th Century Fox

When the poster for the upcoming movie X-Men: Apocalypse was released last week, it became clear that whoever who had signed off on the advertisement had failed to notice something that seemed blindingly obvious to many viewers. The poster depicted blatant, dramatised violence against women.

Featuring a still image of Mystique (played by Jennifer Lawrence) being strangled by Apocalypse (played by Oscar Isaac), the poster also featured the tagline: “Only the strong will survive.”

There is a major problem when the men and women at 20th Century Fox think casual violence against women is the way to market a film. There is no context in the ad, just a woman getting strangled. The fact that no one flagged this is offensive and, frankly, stupid.”

Hollywood has a long and frustrating history of using sexism to sell films. The trope of using headless women’s bodies on movie posters is so common there is a whole Tumblr, The Headless Women of Hollywood, devoted to documenting examples.

Of course, it’s not particularly surprising that Hollywood executives see nothing wrong with presenting women as victims or pieces of meat on movie posters, because that’s so often how they’re portrayed in the films themselves. Just this week, a Hollywood casting call proclaimed: “Casting whores for Quentin Tarantino project.” Caucasian actresses aged 18-35, between US dress sizes 2-8 and with “natural breasts” were invited to submit their photographs and measurements for consideration, writing “whore” in the subject line. Thanks, Hollywood.Then there’s the “through the legs” approach, which seeks to entice the potential moviegoer by presenting them with a viewpoint from between a woman’s naked or stocking-clad legs.

The casting call (which was quickly deleted) called to mind many similarly dehumanising briefs shared by the UK-based blog Casting Call Woe, including such recent gems as: “Actress wanted to play naked dead body in horror feature film” and “Sexy female legs, back and bum needed for music video”.

20th Century Fox responded to criticism of the X-Men poster in a statement, saying: “We didn’t immediately realise the upsetting connotation of this image in print form.” The studio added that it “would never condone violence against women”. But the fact that they didn’t see any problem with the poster before the outcry speaks volumes.

For those who don’t live daily with the impact of sexism and sexual violence, the problematic use of such themes to titillate moviegoers might need pointing out. But when these things already form the backdrop of your daily life, you are much more likely to notice them. So, perhaps it is no coincidence that in Hollywood, where depictions of women and sexual violence are often unsatisfactory, to say the least, the vast majority of decisions, both creative and executive, are made by men. 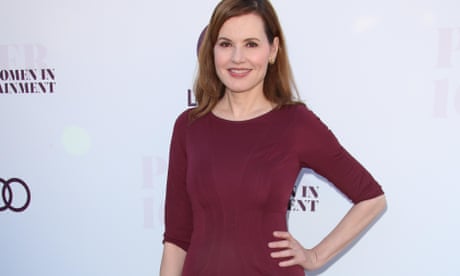 A recent study revealed that among the 100 highest-grossing films at the 2012 US box office, just 16.7% of the directors, writers and producers were female. You don’t have to look very far to see this under-representation play out on screen (as well as on the posters) – men took more than 70% of speaking roles and just 6% of films featured a gender-balanced cast. The women who do feature are much more likely to be shown partially nude, or in more “sexualised” clothes than their male counterparts – more than three times as likely, in fact.

Ironically, one of the few powerful female characters who does get to stand strong on movie posters is Hunger Games protagonist Katniss Everdeen, who is played by Jennifer Lawrence. Which just goes to show that in Hollywood, even if you get to pose defiantly with a bow and arrow on one movie poster, there’s a good chance you’ll be being strangled by a man on the next.