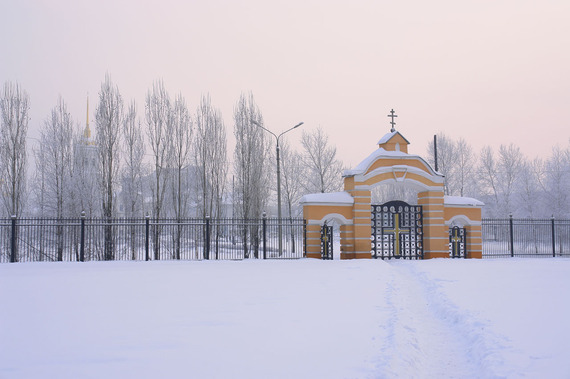 Early in its existence, the Soviet Union turned Vladimir Lenin’s dictum that “religion is the opium of the people” into official policy.

Atheism was what Lenin wanted for the Soviet empire, and it’s what it got.

Assuring such an outcome were laws discouraging faith — such as requirements that religions register with the state — and denying Communist Party membership to anyone religious.

Many people expected a flowering of faith when the Soviet Union disintegrated in 1991.

But it hasn’t happened, largely because the countries that emerged from the ashes of the USSR have repressed most religions, the main exceptions being Russian Orthodox Christianity and certain brands of Islam.

The repressed have included denominations of Christianity that are widespread in other countries, such as Catholics, Baptists, Methodists, Lutherans and Presbyterians.

As with other regrettable trends in the former Soviet Union, Russia has set the tone for the repression of religion.

Countries as diverse as Belarus, Kazakhstan and Armenia have followed the Russian example.

Russia’s enactment of a law governing religion in 1997 has made it difficult for faiths besides Russian Orthodox Christianity to survive, let alone thrive.

Religions were required to register in Russia before 1997. The new law required them to reregister by 2001, and made it more difficult for them to do so. About 2,000 were unable to comply with the new regulations, and were disbanded.