Believers, Not Judges, Should Decide What Their Religion Teaches 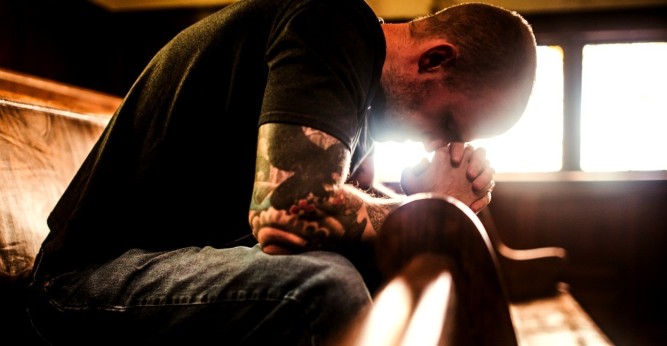 Last week, over the dissent of Justice Samuel Alito, the U.S. Supreme Courtdeclined to hear a case involving a prison’s refusal to allow a Jewish man to study the Torah with others because of the prison official’s erroneous interpretation of Jewish doctrine.

Israel Ben-Levi, an inmate in the Hoke Correctional Institution in North Carolina, sought a quiet place to have a Jewish Bible Study one hour per week with two other Jewish prisoners. The prison denied his request, because in the prison official’s interpretation of Jewish doctrine, a Jewish Bible Study requires a minyan—10 adult Jews—or the presence of a rabbi.

After the director of chaplaincy services “personally exchanged emails” with a rabbi, the prison implemented a policy prohibiting Jewish prisoners from meeting if they did not meet those requirements.

Ben-Levi filed a complaint in federal court alleging that the prison’s policy violated his rights under the First Amendment and the Religious Land Use and Institutionalized Persons Act of 2000. The district court granted summary judgment for the prison, holding that the policy did not substantially burden Ben-Levi’s religious exercise because he was still permitted to worship and study in private.

The district court further held that even if the policy had burdened Ben-Levi’s religious exercise, the prison’s interests in “maintaining order, security, and safety” made summary judgment appropriate. The United States Court of Appeals for the Fourth Circuit affirmed the lower court’s decision in a one paragraph opinion.

To be sure, prisons have broad discretion to ensure that prisoners aren’t using religion as a pretext to scheme or to “mask their gang activity.” The Supreme Court has stated that “[W]hen a prison regulation impinges on inmates’ constitutional right, the regulation is valid if it is reasonably related to legitimate penological interests.”

But as Alito pointed out, the prison “imposed stringent restrictions on Jewish group meetings that it did not apply to other religious groups.” Officials did not offer any reason to believe that “a Jewish study group is more likely than a Christian or Muslim group to impede order.”

The prison offered no reason for the policy for Jewish prisoners other than its misinterpretation of Jewish doctrine. In one of their briefs, the prison officials stated that they “informed” Ben-Levi that the religion of which he was a practicing member had these requirements and that prison policy required “either a minyan or the presence of a qualified leader (such as a rabbi) in order for a Jewish study group to take place.” This policy is the result of the prison intentionally treating “different religions differently based on its perception of the importance of their various tenets.”

Alito pointed out that that Ben-Levi has “unmistakably indicated that he prefers group study without a minyan to no group study at all” and that “it is not for [the Court] to say that the line [Ben-Levi] drew was an unreasonable one.”