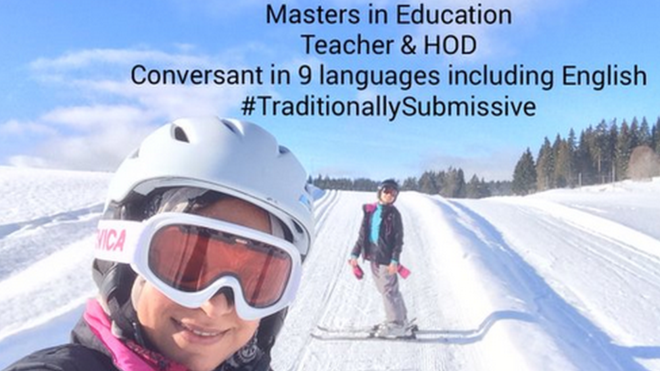 It’s not clear what exact words David Cameron used in private conversation but many Muslim women have taken to Twitter to tell him that they are not quite the timid creatures he is reported to have portrayed them as.

Using the hashtag #TraditionallySubmissive some have posted pictures of themselves and their achievements to politely put the British prime minister straight.

The trouble started when Mr Cameron announced a £20m fund to provide English lessons in homes, schools and community facilities. The government says that 22% of Muslim women living in England speak little or no English and that the cash will help rectify that situation.

Announcing the cash, Mr Cameron said more Muslim women should speak English so that they are less isolated within British society.

He was also reported by The Telegraph as having privately suggested that some young men are vulnerable to radicalisation due to the “traditional submissiveness of Muslim women,” which prevents them from speaking out. And these are the words – whether they were actually said or not – that inspired the hashtag.

Explaining his thinking, on BBC Radio 4’s Today programme he said: “I’m not saying there’s some sort of causal connection between not speaking English and becoming an extremist – of course not, that would be a ridiculous thing to say.

“But if you’re not able to speak English, you’re not able to integrate, you may find, therefore, that you have challenges understanding what your identity is and you could be more susceptible to the extremist message that comes from Daesh (so-called Islamic State).”

Shelina Janmohamed, the author of the memoir “Love in a Headscarf” told BBC Trending she was offended by Mr Cameron’s reported remarks.

“My heart just sank when I saw the headlines,” she said. “It’s just making things harder for Muslim women. That’s just one stereotype about Muslim women, it’s not how we all are. We are vibrant, diverse, we’re talented and we have opinions. The prime minister is always saying we need to take up British values, so I responded in the most British way I could – with sarcasm.”

So Janmohamed created #TraditionallySubmissive as a way to counteract the idea that Muslim women are submissive. She encouraged her followers to tweet about their successes, professions, hobbies and views. In just a few hours more than 33,000 people tweeted using the hashtag, many of them alongside pictures of themselves. Some trumpeted the achievements of other British female Muslims such as Nadiya Hussain, the winner of last year’s Great British Bake Off TV series..