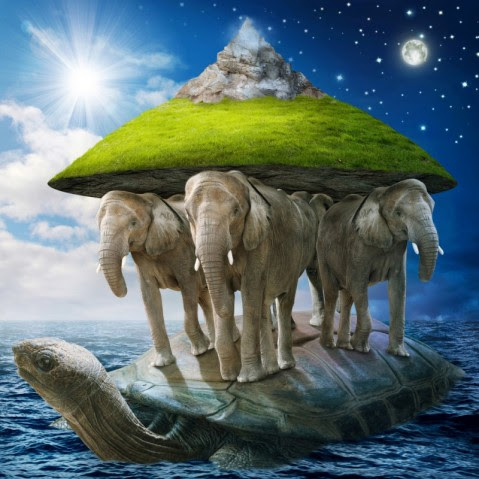 The lead post is by Zia H Shah MD, Chief Editor of the Muslim Times

The key to enlightenment may lie in avoiding dogmatism and a totalitarian philosophy in favor of religion or science. The collection below is intended to give the reader a cumulative understanding of issues at hand

Written and collected by Zia H Shah MD, Chief Editor of the Muslim Times Are science and religion at odds with each other? Cary Funk and Becka A Alper nicely […]

Source: The Atlantic Reviewed by JEFFREY TAYLER A new book by the evolutionary biologist Jerry Coyne tackles arguments that the two institutions are compatible. In May 1988, a 13-year-old girl named […]

Video: Dawkins on religion: Is religion good or evil?

For the Muslim Times’ collection on Religion & Science, please click here With the headlines covering fanaticism, fundamentalism, superstition and ignorance, religion is getting a bad press these days. And […]

156 years after “On the Origin of Species,” what do Christians think about evolution?

How Science Brought Me Closer to God

Source: Huffington Post BY Kashif N. Chaudhry, Physician, writer and human rights activist I was born in a Muslim household to parents who laid great emphasis on spirituality and science. […]

Dialogue: Humanist vs Islamic perspectives on science and the modern world

Source: The Guardian By Yasmin Khan, who is the producer of Sindbad Sci-Fi. Follow her on Twitter @Ya5min_BL Jim Al-Khalili, physicist and Ziauddin Sardar, chair of the Muslim Institute, talk science, […]

Written and collected by Zia H Shah MD, Chief Editor of the Muslim Times The National Museum of Natural History, located on the National Mall just across from the Smithsonian castle, is America’s […]

Epigraph Allah is He Who raised up the heavens without any pillars that you can see. Then He settled Himself on the Throne. And He pressed the sun and the […]

The Witches: What Really Happened In Salem In 1692 — An All Together Conversation With Stacy Schiff

Source: Huffington Post By Paul Brandeis Raushenbush; Executive Editor Of Global Spirituality and Religion, The Huffington Post Over nine months in the year 1692, 14 women and five men were executed in […]

The Root Cause of Science and Religion Conflict: Wrong Theology!

Source: Muslim Sunrise, Summer 2012 Written by Zia H Shah The Chinese tell of a time during the Hsia dynasty, in the third millennium before Jesus,  when our cosmic environment suddenly […]

From the Muslim Sunrise: Truth and Science

Source: Muslim Sunrise Fall 2015 volume; which is the oldest quarterly Muslim publication of Americas By Khaula Rehman MD, Binghamton NY Over one half of young Americans, 63% to be […]

Albert Einstein’s search for God, a detailed study from the Islamic perspective

Written and collected by Zia H Shah MD, Chief Editor of the Muslim Times Was Einstein a monotheist, deist, pantheist, or an atheist? How did his religion affect his science? Agnostics, […]

Francis Collins: Science and faith can actually be mutually enriching and complementary once their proper domains are understood and respected.

Read further in the Muslim Times