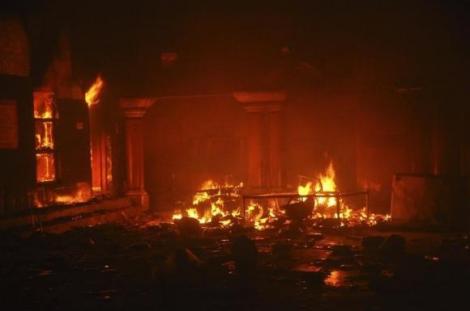 An accusation of blasphemy sparked the attack in the town of Larkana, human rights activists said, part of a spike in violence against Hindus in predominately Muslim Pakistan.

March was the worst month for attacks on Hindus in 20 years with five temples attacked, up from nine during the whole of 2013, said Life for All, a Pakistani rights group.

But it’s not just Hindus who feel victimised. All of Pakistan’s minorities – Hindus, Christians, Ahmadis and even Shi’ite Muslims – feel that the state fails to protect them, and even tolerates violence against them. Many complain the problem has become worse since Prime Minister Nawaz Sharif, who… read more at firstpost.com