Additional reading: Eid Mubarak and What is the Muslim Times doing for You? 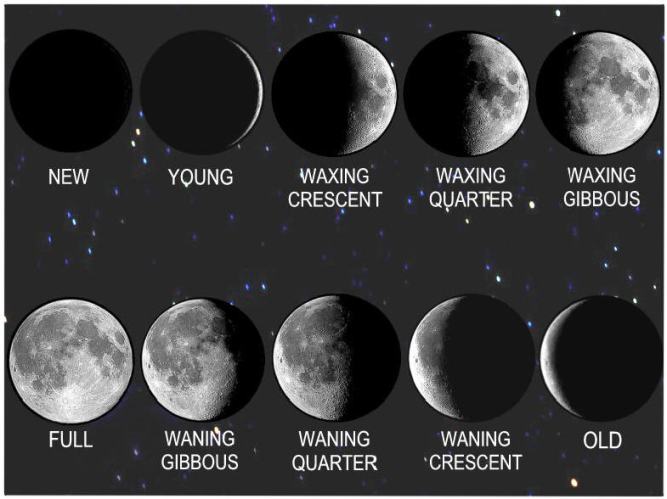 Suggested reading: Bringing the Muslims to the Same Day Eid in UK: Letting Royal Observatory in Greenwich Decide and: Video: Prime Minister Trudeau wishes all those celebrating a joyful Eid

Eidul Fitr is celebrated on 1st of Shawwal by all the Muslims, but it is determined in the following ways by different Muslim groups:

Option 1: By actual sighting of the new moon with eyes

Option 2: By following Makkah and celebrating Eid on the same day as Makkah

Option 3: By calculation of birth of the new moon, even though it may not be visible to naked eye, even in perfect conditions

Option 4: By calculation of actual sighting of the new moon in perfect conditions

Many Muslim groups in North America use the Option Number 3 where they use the calculation of birth of new moon and do not care whether the moon is actually visible or not in a particular region. Other groups who are orthodox, do not believe in calculation and wait till the last day to try to see the moon with eyes.

Eid-ul-Adha, Hajj or Kaaba point us towards universal brotherhood in Islam. It directs us away from our petty sectarian differences and directs us to the sea that is common between us

A small group follows Eid in Makkah and celebrate on the same day as Makkah. Saudi Arabia has its unique method to determine 1st of Shawwal.

Interestingly, this year depending on the method of determining 1st of Shawwal, Eid could have been celebrated on different days. Here is how:

Based on above options, Eid may be celebrated on following days but not on Aug 8th, 2013:

Ahmadiyya Muslim Community follows the Option 4 in which we determine when the moon may be visible if the conditions for viewing are perfect.

As per guidance from our international center in London, we celebrate Eid when the crescent of the moon can be seen. Even if it could only be seen under perfect condition, then Eid may be celebrated the next day.

Based on the method approved by Markaz, Eidul Fitr was celebrated in North America on Aug 9. Please note the following important facts about this year’s sighting of moon:

While the date for new moon is Aug 6, it was NOT and could not have been visible anywhere in the world until Aug 7.

In North America, the new moon will be visible on Aug 8.

In Canada, the moon could have been visible on Aug 8 only if the conditions were absolutely perfect. It was be easily visible in Canada on Aug 9 as a large thick moon (some people confuse it with 2nd or 3rd day crescent)

As an administrative decision and approved by our international center in London, we celebrate Eid on the same day in North America.

US and Canada communities work together to determine the start of Eids and Ramadan and mutually decide after reviewing sightability of moon in various cities of North America covering from east coast to west coast. These dates are further verified from authentic observatories and only then announced in the Calendar of Events of both countries.

This means that if the moon is visible anywhere in North America, then Eid is celebrated the next day both in USA and Canada.

This year, In Ecuador and Chile, the new moon could have been visible under perfect conditions on Aug 7th, therefore in that region, Eid could be celebrated on Aug  8. However, it will be easily visible only on or after Aug 8 in Ecuador.

The visibility of the crescent is dependent on the following conditions:

– The crescent or the moon sets after sunset where there is possibility of visibility.

A simpler general criteria for sighting of moon, that was recommended by our international center in London, is that for a given country or region:

then it is considered that the new moon would be visible. For most parts of the world, even if 2 out of the 3 criteria is met, then it is acceptable.

However, it should be noted that astronomical calculations are accurate for the position of moon, but astronomers differ on calculations for sighting based on many factors. In Astronomy, a new moon means “when the moon of the previous month disappears (i.e. the moon goes from a slightly visible crescent to a completely black sphere that is impossible to be seen).” Remember, new moon is dark and invisible. About 17-23 hours after the new moon, a thin crescent becomes visible on earth; this is visible new moon.

As we are taught by Allah (Qur’an 2:190) and the Prophet Muhammad (peace be upon him), it is the sighting of this crescent that marks the start of a new month. Therefore, even though a moon may be born on one day, it may not be seen until the next day.

Furthermore, if a new moon is born less than 15 hours before sunset on day 1; it will not be seen until sunset of day 2; and when it is finally seen it is 15+24=39 hours old and will look very thick. This does NOT mean that this is a second day or third day moon.

A first day crescent-moon can be very thin in some locations and it can also be very thick in other locations because of the time difference.

Verily Allah deferred it till the time it is seen, so it is to be reckoned from the night you saw it. [Sahih Muslim]

An optically-aided sighting of the new crescent moon may have been possible from South Africa on August 7th.

Easier sightings of the new crescent moon was possible on August 8th from Australasia, south-east Asia, India, the Arabian Peninsula, Africa and the Americas except Canada.

The rest of the world including Asia, Europe and the British Isles and Canada had to wait until August 9th to make their sightings. Hence UK celebrated Eid on Saturday!

Based on the above facts, it was impossible to see the new moon in Canada or USA before August 8. Therefore, Eid was on Aug 9th. In fact, if we only consider Toronto or Canada, then Eid could have been celebrated on Aug 10th (instead of Aug 9 which was valid for North America as we have decided to celebrate Eid together in USA and Canada).

Based on any scientific method of calculation and in the opinion of all the observatories, the sighting of new moon is not possible in North America before Aug 8th. Unless some one wants to use the sighting of moon in South America, it would not be right to celebrate Eid on Aug 8 based on the above 4 methods.

One may debate which option, out of the 4, we should follow or why we do not take the birth of the new moon instead of sighting of the new moon for calculation. These are good discussion items but are more of administrative decisions and by the grace of Allah we have the guidance of Khulafa that has guided has to follow sighting of new moon.

On the lighter side, non-Ahmadis made the mistake on start of Ramadhan, which they cannot fix now and they cannot have Ramadhan of 31 days so now they are caught in the trap and have no choice but to make the wrong decision. Also, some Non-Ahmadi Muslims do not like Eid on Friday because they consider it a bad omen!

For us, this year, it was Eidain as we celebrated it on a Friday.
I hope the above is helpful. For further information on this topic or if you have any questions, please feel free to email or call.

The Muslim Times Finally Has the Recipe to Unite All Muslims

Hajj and Universal Brotherhood and Sisterhood

Hajj: The Best Symbol for Our Universal Brotherhood! 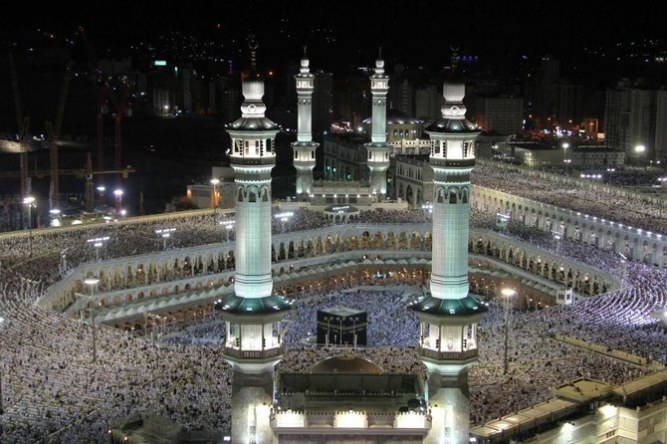 Kaaba.  The Muslim Times’ Chief Editor’s comment: I believe that all of us look at the watch and don’t call the local or regional Imam to find out, if it is time for Salat or not. Likewise, if most of the enlightened Muslims start calling the national observatory for the Eid day, the others with a fundamentalist strain or other agenda will simply gradually follow over time.