Hours spent at the video gaming console not only train a player’s hands to work the buttons on the controller, they probably also train the brain to make better and faster use of visual input, according to Duke University researchers.

“Gamers see the world differently,” said Greg Appelbaum, an assistant professor of psychiatry in the Duke School of Medicine. “They are able to extract more information from a visual scene.”

It can be difficult to find non-gamers among college students these days, but from among a pool of subjects participating in a much larger study in Stephen Mitroff’s Visual Cognition Lab at Duke, the researchers found 125 participants who were either non-gamers or very intensive gamers. 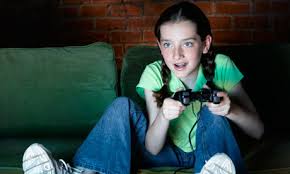