The Faith Of An Abolitionist Prophet

For Douglass, there was an intimate link between individual conversion and social reform. The path of reform flowed outward from self to society. Before eradicating social evil, you first had to purify the self. Consequently Douglass and other abolitionists tried to live righteously, abstaining from tobacco, alcohol and other perceived sins that corrupted body and soul. In this sense, they resembled modern evangelicals.

Understanding Frederick Douglass, the great black leader and abolitionist, requires an appreciation of his religious faith. As an atheist friend of his once said: “there was one obstacle to a loving and lasting friendship — namely, the personal Christian God.”

For most of his career Douglass believed in a living God who could change the world. “All things are possible with God,” he declared. “I believe in the millennium,” a literal heaven on earth as described in Revelation. Love and freedom were for him the hallmarks of Christianity. His faith fueled his hope in an immediate end to slavery and racial oppression. 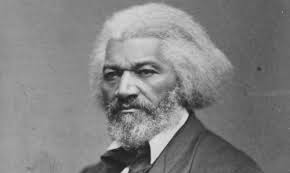