In Pakistan, you must be Muslim to have a monument named after you

How far does religious background, rather than actual character, go towards establishing respect in this country?

The news that the plans to rename the Shadman Chowk roundabout in Lahore after historically instrumental freedom fighter Bhagat Singh have been scrapped isn’t surprising, considering the rising level of intolerance in our nation.

Reports state that after pressure from right-wing religious organisations, the ‘Dilkash Lahore Committee’ opted for poet Habib Jalib’s name instead. I have nothing against the Pakistani poet, who by all accounts was as impressive at his prose- as he was in his stance against oppression. 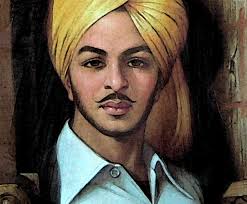