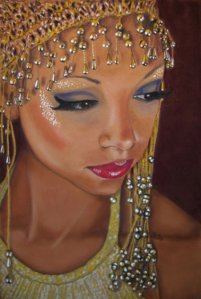 UK researchers studying the genomes of Ethiopian people have discovered similarities to those of populations in Israel and Syria, proving genetic evidence that may support the tale of the legendary Queen of Sheba.

Ethiopians are described by representatives of the Wellcome Trust Sanger Institute, one of the organizations involved in the study, as one of the most genetically diverse cultures in the world. By studying their DNA, the researchers detected mixing from some Ethiopians and non-Africans dating back to approximately 3,000 years ago.

“The origin and date of this genomic admixture, along with previous linguistic studies, is consistent with the legend of the Queen of Sheba, who according to the Ethiopian Kebra Nagast book had a child with King Solomon from Israel and is mentioned in both the Bible and the Qur’an,” the Institute said in a press release.

As part of their work, which is detailed in the American Journal of Human Genetics, the scientists studied the DNA of more than 200 subjects from 10 Ethiopian and two neighboring African populations, Helen Briggs of BBC News reported on Thursday. Approximately one million genetic letters in each genome were analyzed in what is being called the largest Ethiopian-centered genetic investigation of its kind.

“We found that some Ethiopians have 40 percent to 50 percent of their genome closer to the genomes of populations outside of Africa, while the remaining half of their genome is closer to populations within the African continent,” study co-author Toomas Kivisild of the University of Cambridge said, according to HealthDay News reports. “We calculated genetic distances and found that these non-African regions of the genome are closest to populations in Egypt, Israel and Syria, rather than to the neighboring Yemeni and Arabs.”

Likewise, Dr. Chris Tyler-Smith of the Wellcome Trust Sanger Institute, co-lead author of the study, told Briggs, “Genetics can tell us about historical events… By analyzing the genetics of Ethiopia and several other regions we can see that there was gene flow into Ethiopia, probably from the Levant, around 3,000 years ago, and this fits perfectly with the story of the Queen of Sheba.”

The experts did tell BBC News that there was some doubt regarding the absolute accuracy of the dating, and that there was a possible margin of error of a couple of hundred years plus or minus the 3,000 years estimate. They added that they plan to analyze all three billion genetic letters of the DNA contained within the genomes of individual Ethiopians in order discern more about the diversity and evolution of human genetics.

“Our research gives insights into important evolutionary questions,” Dr. Tyler-Smith said in a statement. “We see imprints of historical events on top of much more ancient prehistoric ones that together create a region of rich culture and genetic diversity. The next step for our research has to be to sequence the entire genomes, rather than read individual letters, of both Ethiopian people and others to really understand human origins and the out-of-Africa migration.”

Tagged as: Queen of Sheba