(CNN) — A fast-moving wildfire that has sent thousands fleeing in eastern Arizona is the second-largest blaze in the history of the state, records show. 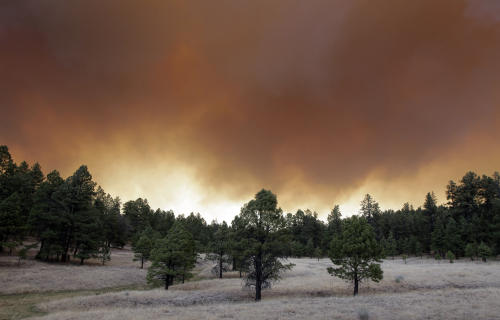 That surpasses the 2005 Cave Creek wildfire previously ranked the second-largest blaze in Arizona history. It scorched 248,310 acres, according to records published on the Southwest Coordination Center regional interagency website.

The Rodeo/Chediski blaze of 2002, which burned 468,638 acres, was Arizona’s largest wildfire, officials said.