Judgements around regional accents can impact candidates’ hireability and pay. Is there a way to end this discrimination?

At age 22, Gav Murphy was fairly green. He was living outside Wales for the first time, working in his first job in media production in London. His South Wales Valleys accent was very thick, he recalls. He’d say ‘tha’ rather than ‘that’, for instance. But he was perfectly intelligible.

Yet a senior colleague overseeing his work insisted Murphy change his accent so all the broadcasters sounded uniform on air. “You can’t sound like this,” Murphy says the older Englishman told him. “You’ll find it easier to do this if you just change your accent in real life.”

The effects were far-reaching. “It sort of broke my brain a little bit,” says Murphy. “I thought about literally every single thing I was saying, literally every time I was saying it. It was just laborious.” He developed a hybrid accent that had some people wondering if he was Canadian or Australian, and led to his mates in Wales teasing him about how posh he sounded.

Foreign-accent discrimination is rampant in professional settings. But discrimination can also extend to certain native speakers of a language, because of the judgements attached to particular accents. While many employers are becoming very sensitive to other types of bias, accent bias remains challenging to root out. But it doesn’t have to be this way.

Whether they realise it or not, people infer a great deal about someone from the way they speak. People make assumptions not only about a person’s geographical origins, but potentially also their class background, from a giveaway twang or lilt, for example.

Yet these assumptions aren’t necessarily accurate – and come laden with bias. One such bias is “similarity attraction”, which means that “we favour people who are like us”, explains Devyani Sharma, a sociolinguist at Queen Mary University of London. That favouritism means people may automatically view those with similar accents as more trustworthy. 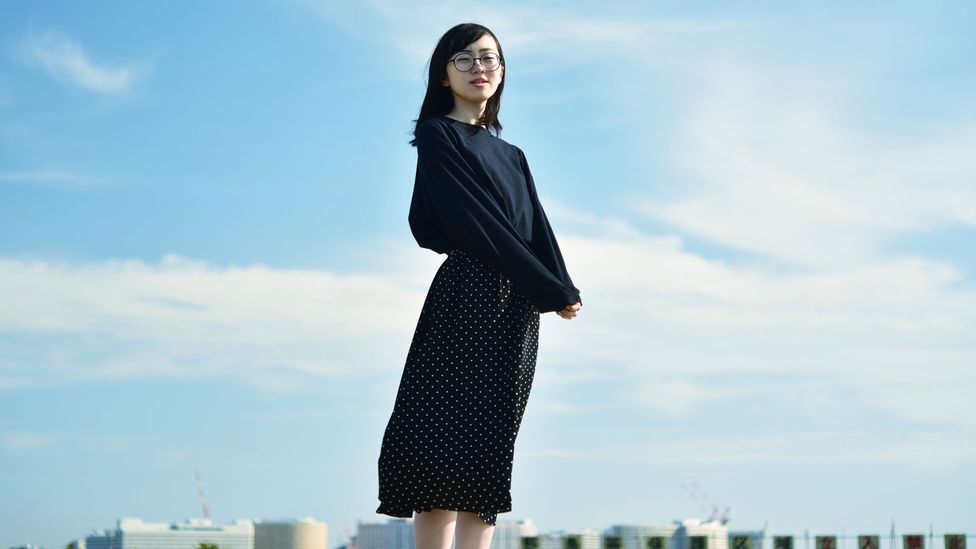 ‘Standard’ accents are often linked to linguistic norms in areas where government and the media are based (Credit: Getty Images)

Another universal bias relates to the human brain’s desire to take shortcuts. As with foreign accents, listeners find it more work to decipher ‘non-standard’ native accents. Because the brain has to work a bit harder, memory and comprehension can be lower – making it more likely that listeners will lean into preconceptions associated with those accents. “We are kind of lazy listeners, and we rely on stereotypes when we don’t have other things to go by,” says Sharma.

That means it’s common to make instinctive assumptions about someone’s criminality, intelligence or attractiveness based on the way they sound. People form these assumptions very early in life – for example, when children watch dim-witted cartoon characters with exaggerated Appalachian accents in the US, or Andalusian accents in Spain – and are generally linked to broader biases against the group with a particular accent. “Almost all bias related to accent is about … some social characteristic,” explains Sharma.

While the cognitive shortcuts that contribute to accent bias may be universal, the degree of accent awareness and prejudice varies greatly. For instance, “The UK has a very, very fine-tuned system of accent prestige,” says Sharma. “It’s a combination of a very monolingual past, where English developed as a symbol of the nation, and the very acute social class hierarchy historically.”

She adds that overt accent bias in the US is based more on race, whereas in the UK, it’s more tied to class.

We are kind of lazy listeners, and we rely on stereotypes when we don’t have other things to go by – Devyani Sharma

In some cases, accent bias is directly related to government policy. Since the 1860s, the Japanese government has modernised the country with a focus on Tokyo, says Shigeko Kumagai, a linguist at Shizuoka University, Japan. “Thus, standard Japanese was established based on the speech of educated Tokyoites.” In contrast, the Tohoku dialect spoken in northern Japan became “the most stigmatised dialect in Japan”, says Kumagai. Its image is “rural, rustic, old, stubborn, narrow-minded, backward, poor, uneducated, etc”. Young women from Tohoku are especially made to feel ashamed of their accents.

Kumagai’s research shows that the strong stereotyping of the Tohoku dialect is perpetuated by the concentration of the media industry in the Japanese capital. Indeed, the world over, the media has an enormous impact on perceptions of accents. Media is typically clustered in a territory’s seat of power, whose accent is generally held up as standard. For example, the preponderance of UK broadcasters in London likely contributed to the marginalisation of Murphy’s Welsh accent.

Unlike other markers of identity, like race and religion, accents generally aren’t legally protected characteristics. This makes it more likely that discrimination – whether conscious or unconscious – might occur in the workplace, without a means to address it.

France came close to action last year, with a proposed law against accent discrimination, but the French Senate failed to adopt the legislation.

Still, Philippe Blanchet, a sociolinguist at Rennes 2 University, in the French region of Brittany, who has been tracking discrimination based on language for decades, feels there’s been some progress in the last decade. “People now regularly react when someone is attacked or discriminated” against due to their accent, he says. Notably, Jean Castex became the French prime minister in 2020, despite his striking Gascon accent (an accent that had historically been mocked and excluded from the halls of power).

But Blanchet says there is still a long way to go. “I am sent, or I collect myself, every week reports of accent discrimination when [candidates are] trying to obtain a job.” 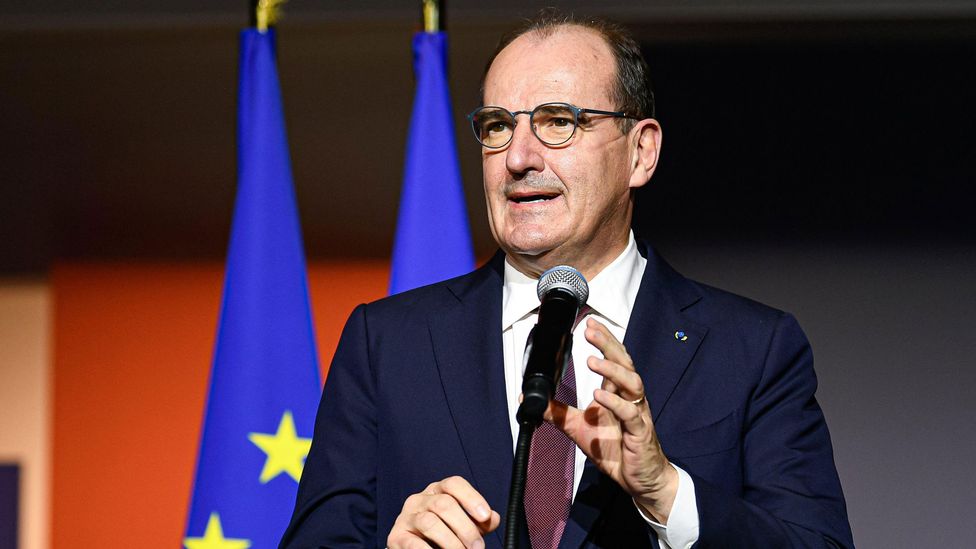 This applies to the UK as well. In a December 2021 survey by the UK recruitment-software company Tribepad, job candidates felt that accent bias was even more common than recruitment bias related to mental health or parenting status. Respondents in northern cities were particularly prone to ‘accent anxiety’, with 17% of those surveyed in Liverpool expressing concern over how their accents were impacting their hireability.

The effects extend not only to hiring, but also to pay. One study from Germany showed people with strong regional accents earned 20% less on average than those with a so-called standard accent.

Moreover, the psychological effects of accent bias can impair careers. For Americans from the southern state of Kentucky, lower self-esteem is linked to the stigmatisation of their accents. And elsewhere, people with less ‘prestigious’ accents report less job satisfaction and more work-related stress, due to accent discrimination.

Individual employers can’t transform the biases and cultural landscapes that embed accent-related prejudices. But they can take simple steps to reduce their effects.

This is a key finding of the research project Accent Bias Britain, where Sharma is one of the investigators. She and her colleagues found “very simple awareness raising … led to a significant difference in rating by accent”. That is, just noting the existence of accent bias helped to reduce its effects, at least in the short term.

This led the Accent Bias Britain team to develop very short training modules and simple texts to provide a quick hit of awareness raising. For instance, they suggest recruiters read a brief paragraph explaining that interviewers have been found to give higher ratings to job candidates with ‘standard’ accents – and urging the interviewers to focus on skills rather than style of speaking.

According to the team’s research, this kind of rudimentary awareness raising may be more effective than similar training related to race, gender and other protected characteristics. “There may be a little bit of fatigue with unconscious-bias training” related to race and gender, explains Sharma. In comparison, accent bias is a “low hanging fruit”, she believes. “It’s still a new thing for people to realise how much they depend on shortcuts about accent, and that they could quite easily just set it aside.”

For individuals, it can be enormously frustrating to know their good ideas aren’t being fully appreciated, because employers or colleagues are focusing on their accent instead. Young and junior employees, like Murphy at the start of his career, may be less secure about their accents – and equally less cognisant of accent criticism as a form of discrimination.

For Murphy, at least, in the 15 years since that first job, he hasn’t experienced such outright intolerance of his accent. (However, he acknowledges that his Welsh accent has softened over the years, generally emerging more strongly if he’s angry or has just spoken to his mum.) He’s a successful podcaster and video producer now. But he’s frustrated that it remains so common to hear comedians, for instance, mocking the Welsh accent. Just a couple weeks ago, he encountered this on a new Netflix series. And he was reminded this early experience wasn’t an isolated incident, when he spotted a recent viral tweet by a Welsh woman who reported being turned down for a job because of her accent.

Still, however slow progress has been, Sharma believes from her work with companies that there is now at least some interest in tackling this form of bias. “I think people suddenly realise this is a route for discrimination that they’re not really conscious of.”