Would we still see our humanity in the same way if other hominin species – from Australopithecus to Neanderthals – hadn’t gone extinct?

Reader Question: We now know from evolutionary science that humanity has existed in some form or another for around two million years or more. Homo sapiens are comparatively new on the block. There were also many other human species, some which we interbred with. The question is then inevitable – when can we claim personhood in the long story of evolution? Are Chimpanzees people? Do Australopithecines have an afterlife? What are the implications for how we think about rights and religion? – Anthony A. MacIsaac, 26, Scotland.

In our mythologies, there’s often a singular moment when we became “human”. Eve plucked the fruit of the Tree of Knowledge and gained awareness of good and evil. Prometheus created men from clay and gave them fire. But in the modern origin story, evolution, there’s no defining moment of creation. Instead, humans emerged gradually, generation by generation, from earlier species.

Just like any other complex adaptation – a bird’s wing, a whale’s fluke, our own fingers – our humanity evolved step by step, over millions of years. Mutations appeared in our DNA, spread through the population, and our ancestors slowly became something more like us and, finally, we appeared. 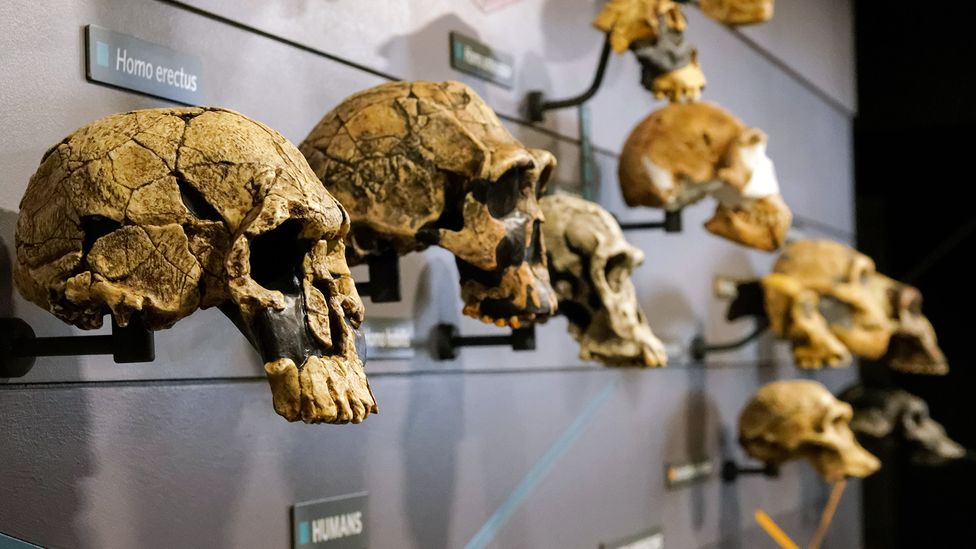 That’s especially true of the great apes. Chimps, for example, have simple gestural and verbal communication. They make crude tools, even weapons, and different groups have different suites of tools – distinct cultures. Chimps also have complex social lives, and cooperate with each other.

As Charles Darwin noted in The Descent of Man, almost everything odd about Homo sapiens– emotion, cognition, language, tools, society – exists, in some primitive form, in other animals. We’re different, but less different than we think.

In the past, some species were far more like us than other apes – Ardipithecus, Australopithecus, Homo erectus and Neanderthals. Homo sapiens are the only survivors of a once diverse group of humans and human-like apes, collectively known as the hominins. It is a group that includes around 20 known species and probably dozens of as yet unknown species.

The extinction of other hominins, however, has helped to create the impression of a vast, unbridgeable gulf that separates our species from the rest of life on Earth. But the division would be far less clear if those species still existed. What looks like a bright, sharp dividing line is really an artefact of extinction.

The discovery of these extinct species now blurs that line again and shows how the distance between us and other animals was crossed – gradually, over millennia.

Our lineage probably split from the chimpanzees around six million years ago. These first hominins, members of the human line, would barely have seemed human, however. For the first few million years, hominin evolution was slow.