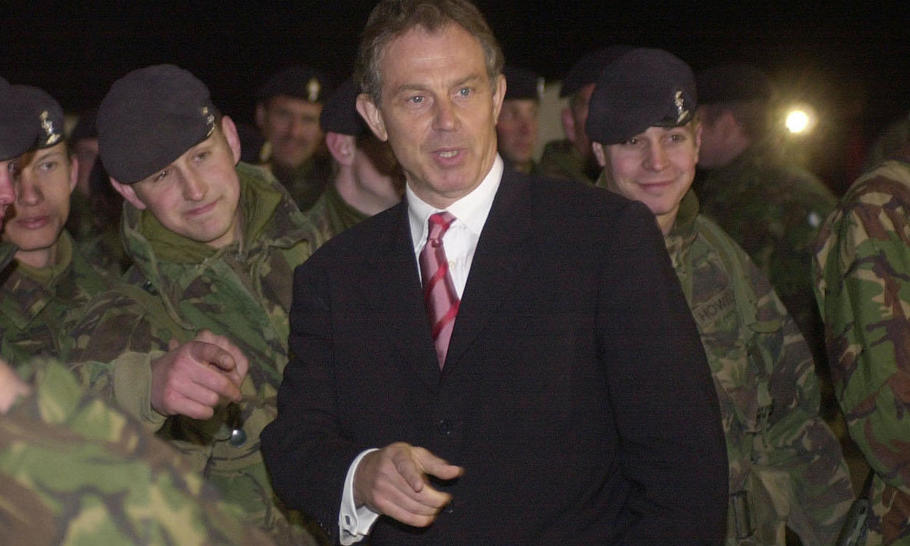 We had almost forgotten the terrorist threat amid our other troubles: Covid, climate change and Brexit. The 20th anniversary of 9/11 and a sobering BBC broadcast by Ken McCallum, Director-General of MI5, was the reminder we needed: 31 significant terrorist plots had been disrupted in the last four years. Just because we hadn’t heard of these threats – eight of the plots, incidentally, were by right-wing extremists – didn’t mean the threat had gone away. Indeed, a future attack was “highly likely”, not least because of the encouragement given to jihadists by Nato’s defeat in Afghanistan.

The MI5 chief’s message was refreshingly clear. Our problem is how to identify and counter real threats of violence, such as jihadism. With all eyes on the Nato withdrawal from Afghanistan, the massacre of civilians and 13 American soldiers at Kabul airport tragically illustrated the point he was making.

McCallum’s presentation avoided using the usual vague terms to identify what forces we ought to consider, to quote Tony Blair, “a first-order threat to security”. He avoided terms such as radical Islam, violent religious extremism, Islamism and Islamists. Tony Blair, who is deeply concerned about this issue, uses the words “radical Islam” and “Islamism” interchangeably to mean religion turned into a political ideology. And “the ideology” is, in his view, “in inevitable conflict with open, modern, culturally tolerant societies”, though the exact nature of the threat is left open to a variety of interpretations.

Muslims are not alone in wanting to see religious principles carried into, or expressed within, society and politics. See, for example, Christian Democracy in Europe and see the role of different forms of Judaism in Israeli politics. And “radical” means getting to the roots of a faith, not some perversion of it. Monks and nuns practise radical religion and no-one is much bothered when they adhere to their principles and vows — though, of course, they do not wish to impose their faith on others. In its current usage, ideology seems to mean nothing more than a set of ideas that we in the West don’t like or consider bad.

“Is Islamism a problem, or only in its expression as violent extremism?” Blair asked in a speech to the Royal United Services Institute for Defence and Security Studies (RUSI) earlier this month, admitting that there are plenty of people who buy into parts of “the ideology”, but who eschew violence. He answers his own question by saying Islamism – a manufactured term — is “a first order threat to security”, both as an ideology and as violence. The template for this assertion seems to be the other old hostile-ism, communism. This is a problematic assertion.

Firstly, it implies that our intelligence services, like all organs of the British state with limited resources, should be expected to perform two highly labour-intensive jobs: to detect and nip in the bud jihadist terrorist attacks, and to wean thousands of people from religious ideas with which we in the West don’t agree and even find repugnant. Ideas about culture, society and politics, some of which they share with jihadists. Secondly, it ignores the fact that Muslims from a Salafi and Wahabi tradition who reject violence can, and do, act as highly effective practitioners of what is usually called deradicalisation. For that reason they were, for example, among the first to be murdered by Boko Haram in north-east Nigeria.

At the heart of Blair’s approach to the problem of identifying and dealing with the causes of jihadist violence is his overestimation of the influence of religious ideology in the aetiology of today’s violent extremism. This leads him to focus on issues like the textual misuse of Qur’ānic verses, which he believes to be motivating behaviour, rather than focusing on the personality, the mind-set, the binary thinking behind the social perceptions that lead to violence.

This approach treats as irrelevant the startling statistic that 40 per cent of those who get caught up in extremist violence have suffered from some form of mental illness, and, among whom, in addition, there is a high incidence of petty criminality. The focus on ideology over-intellectualises the motivations of most jihadists, at the expense of the emotions. As a Muslim police officer once said to me: “Think of them as angry young men who have got lost.”

Except for the leaders and manipulative recruiters, jihadists often seem to be young people prone to violence who have found a justification for their inclinations, and a “solution” to their problems, in a perverse interpretation of Islam, not the other way round. The question which their fellow Muslims ask and they cannot answer is: “Have you ever thought Allah might have another purpose for you in life other than jihad?”

Investment in our scandalously understaffed mental health services might reasonably be described as a key plank of counter-terrorism. Intelligence services do not have the resources to promote the set of values, which we hopefully dub as “Western”, to counter religious ideas with which they conflict. But these values should inform the conduct of governments. Schools are consciously promoting these values and can, as in Birmingham and Batley, evoke Muslim protests. Something like the Prevent programme, which ultimately depends on one-to-one mentoring, is a last step. Meanwhile, responsibility falls on Muslim leadership, both to notice young people heading down the wrong path and to provide the skills and wisdom to help them turn back.

If your task is to keep Britain safe from jihadist attack, then lumping together movements as diverse as the Muslim Brotherhood in Egypt and Boko Haram in Nigeria under headings such as “radical Islam”, “Islamism” and “violent religious extremism”, obscures more than it reveals and leaves you with no satisfactory solutions to local problems. These catch-all labels risk catching ordinary mainstream Muslims. Thanks to the internet there really is an international threat and the Taliban’s national success will encourage it. But the problem with Tony Blair’s expansive definition of our current “first order threat to security” is that many ordinary Muslims, and most notably those able to change minds, may feel he is targeting them.