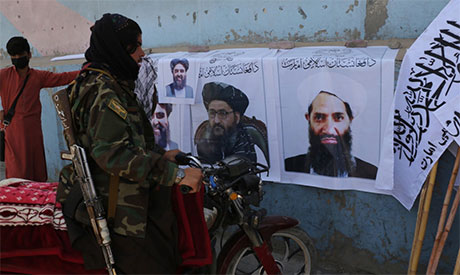 “The Taliban of today are not very different from the Taliban of the 1990s. They might act differently for now, but I think in gradual terms we will be seeing a replay of Taliban rule in Afghanistan as it unfolded in the 1990s,” commented Ahmed Kamel Al-Beheiri, a researcher on Islamist movements at the Al-Ahram Centre for Political and Strategic Studies in Cairo.

Beheiri had been following the statements made by the leaders of the Taliban since their 15 August takeover of Kabul, or rather their retaking of the capital of Afghanistan, since they had also ruled the country from the mid-1990s until the US-led invasion in 2001 in response to the 9/11 attacks blamed on the Afghanistan-based Al-Qaeda group.

Some analysts have argued that the Taliban have evolved from being a largely impulsive group of angry, radicalised and armed young men into a genuinely political movement that could make intelligent compromises even if it still relies on arms.

But Beheiri rejected this argument. “There is no backing for this argument. The ideological base of the Taliban was established early on and remains very much the same. More importantly, the statements of the leaders of the Taliban over the past few days cannot be said to have the support of the grassroots of the movement,” he said.

It was in the early 1990s that the Taliban came to life. “They were essentially a group of students of the Sharia [religious law] that decided around 1994 to act against the communists represented by the rulers of Afghanistan at the time that enjoyed the backing of Moscow,” he said. 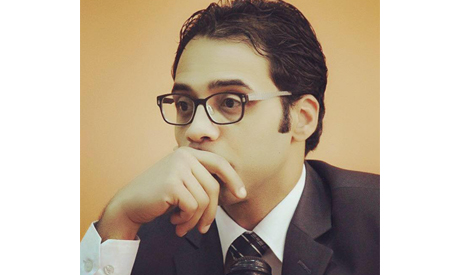 This predominantly Pashtun movement, whose fighters today are estimated to stand at over 60,000, took part in the war against the decade-long Soviet occupation of Afghanistan after 1979. In 1996, it was the Taliban, literally meaning “students,” that put an end to the civil war among the different groups that had fought against the Soviet occupation of their country.

They relied upon direct US support and upon a radical Islamist ideology that they had learned in Saudi-funded teaching centres in neighbouring Pakistan.

Beheiri is quick to note that while the Taliban is at heart a Salafi group, this does not fully describe its ideology. “I think it is very important when trying to understand what we are faced with today to be aware of various nuances. The worst mistake is to lump everything in together, because while I agree that all groups that carry arms against their own fellow citizens could be qualified as terror groups, things are not black and white,” he said.

The Taliban, he explained, are Salafi, but they ultimately follow the school of Abu Hanifa Al-Noaman, an 8th-century theologian whose thought has long dominated some Muslim communities in Asia. There is also part of the group with some Sufi affiliations, compatible with the fact that the Abu Hanifa school is less radical in some aspects than other schools adopted by Middle East-based radical Islamist movements.

As a result, while the Taliban have hosted and will likely continue to host Al-Qaeda, “because the leaders of the Taliban offered Al-Qaeda a commitment they cannot break because in the Hanifa school this would be a major wrong,” they will not carry out military attacks against US targets unless forced to retaliate to an attack initiated by the Americans.

“There was never any evidence that the Taliban were involved in the 9/11 attacks,” Beheiri added.

Meanwhile, the Taliban will not apply a democratic political process in Afghanistan because that for them would be contradictory with the cause of applying the Sharia.

“If one were to examine the intellectual base of the Taliban and compare it to that of some of the other militant movements, one would find many differences,” Beheiri said.

“These operations have killed and wounded fighters for the Taliban.”

Moreover, Pakistan did not only help in the training and operations of the Taliban as part of the alliance with Washington against Moscow. It also needed the Taliban to put pressure on India.

“It is important to note that back in 1996 it was only Pakistan, Saudi Arabia and the United Arab Emirates that recognised the rule of the Taliban over Afghanistan,” Beheiri said.

And while the political agenda of Riyadh and Abu Dhabi might have changed, this is not the case for Islamabad.

Pakistan is not the only regional player that could tolerate Taliban rule in Afghanistan in favour of political gains. This, along with the decision of the US to leave Afghanistan to its fate, could mean the Taliban being enabled to rule for many years to come.

Beheiri is of the opinion that the US has not just exited Afghanistan, but has left it behind. This means that the US will not worry about how the Taliban end up ruling Afghanistan. Nor, he added, will countries that wish to entertain the political favour of the Taliban, like China and Russia.

This means that in a few months the Taliban leaders will likely have to succumb to their radical base and apply a system of rule out of the middle ages. “All the statements that the leaders of the Taliban have been making about pursuing participatory rule and including women are political propaganda that will not last for long,” Beheiri said.

“We saw the writing on the wall when the Taliban fighters were prompt to cover pictures of unveiled and even in some cases veiled women on the walls of buildings or the facades of stores, and this is but one sign of their intentions,” he said.

Beheiri said that the leadership of the Taliban is not likely to come under any real pressure from the international community to refrain from its radical style of ruling, and nor would it put any pressure on the base of the movement to be less radical.

Any compromises that the Taliban will likely make will mostly be on the foreign policy front rather than in its internal rule. “It is easy to expect some political deals with Pakistan, China and Russia,” he said.

However, Beheiri agreed that it would be wrong to assume that the rule of Taliban will be uncontested. Iran, he argued, is a possible candidate to contest the Taliban.

Some Arab Gulf countries, who have shifted positions on the radical Islamist groups, could also act against the Taliban. The United Arab Emirates has offered refuge to Ashraf Ghani, the former president of Afghanistan, who fled from Kabul before the Taliban takeover.

There are already militant Afghan groups that have started to speak of militarily resisting the rule of the Taliban. Beheiri commented that these groups are not without regional backing, both political and financial.

Meanwhile, there are countries in the region, including potentially Qatar and Turkey, that might wish to give the Taliban a chance as part of wider support for radical Islamist ideology.

Things will likely descend into a tug of war, he said, and it is possibly more a question of when than of if Afghanistan will again enter a period of civil war.

“It is very hard to think of a good scenario for Afghanistan, because even if the Taliban are able to avert a civil war, or at least a large-scale civil war, it is hard to think that they will really abandon their radical style of rule that will make the lives of many Afghans very difficult,” Beheiri concluded.

*A version of this article appears in print in the 26 August, 2021 edition of Al-Ahram Weekly