A voice for global religious freedom

The Christian Chronicle An international newspaper
for Churches of Chris 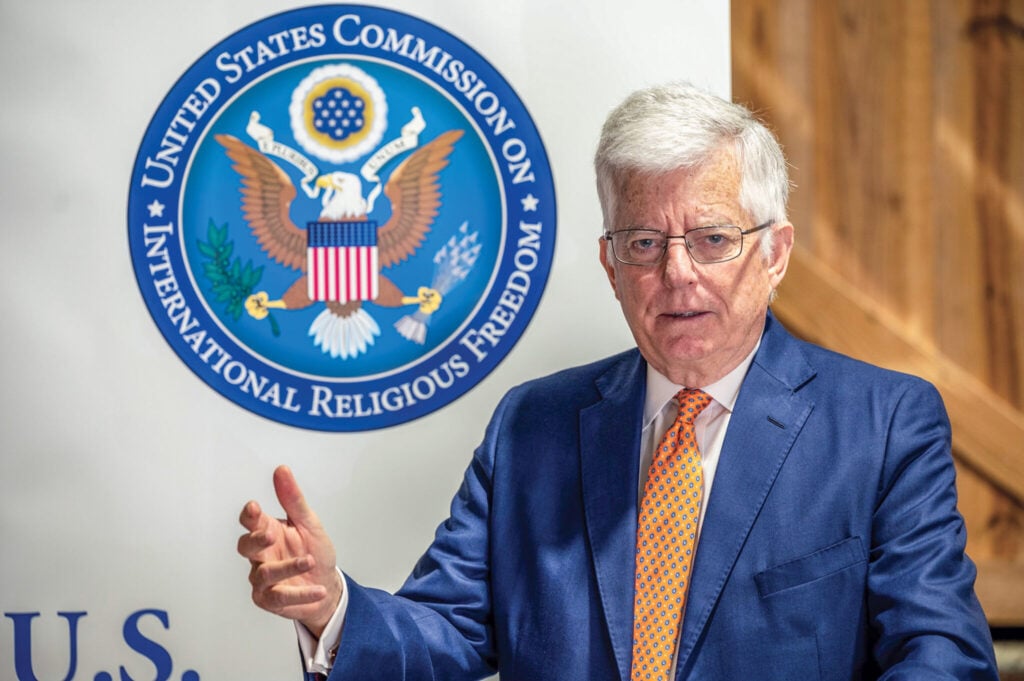 Carr retired in 2017 from Harding after serving 30 years as executive vice president, senior vice president and professor of business. He and his wife, Susan, attend the College Church of Christ in Searcy, where he serves as an elder. 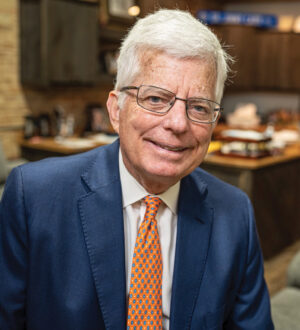 James W. Carr at his office in Searcy, Ark.

He is CEO of Highland Home Holdings and consults with universities nationwide on enrollment management and fundraising.

Carr also held administrative positions at Florida State University, where he earned his Ph.D., and at the American College Testing Program. He previously served as chair of the Arkansas Board of Higher Education, appointed by Gov. Asa Hutchinson. He received a six-year presidential appointment to the National Security Education Board during the George W. Bush administration. He was nominated to the USCIRF by U.S. Rep. Kevin McCarthy of California.

The USCIRF appointment brings with it a different weight for Carr.

Each commissioner adopts two or three individuals who have been imprisoned because of their faith. One of Carr’s adoptees is Raymond Koh, a Chinese Malaysian minister who, in addition to raising a family and leading his Protestant congregation, was an activist advocating for the disadvantaged.

Koh was last seen Feb. 13, 2017, when three black SUVs forced him to pull over on the highway. Carr said video footage shows at least 15 men emerging from the SUVs to abduct the minister. He hasn’t been seen since.

The State Department set up a Zoom call so Carr could visit with Susanna Liew, Koh’s wife, who has spoken out on religious freedom all over Malaysia.

“It is anathema to me,” Carr said, “that a country of 33 million people could feel so threatened by a 67-year-old minister that they kidnap him, and he is never heard from again.”

USCIRF is led by nine commissioners appointed by both political parties (three each by the House, Senate and president), which ensures that international religious freedom remains a bipartisan issue. USCIRF is separate from the U.S. State Department.

Across the globe, this pivotal human right remains under attack.TWEET THIS

Because USCIRF is not part of the executive branch, and separate from the State Department, and because it focuses solely on religious freedom, we can report unflinchingly on violations and make our recommendations without having to take into account other bilateral issues. This independence is why Congress created USCIRF.

By statute, USCIRF monitors the universal right to freedom of religion or belief abroad — outside the United States — using international standards to do so and makes policy recommendations to the president, Secretary of State and Congress. USCIRF evaluates the implementation of U.S. policies on international religious freedom and develops policy recommendations for the U.S. government.

Across the globe, this pivotal human right remains under attack. To an alarming extent, freedom of religion or belief is being curtailed, often threatening the safety or survival of innocent persons, especially members of religious minority communities. Religious freedom abuses must not go unchallenged.

How has service on USCIRF had an impact on your faith?

It has had a profound impact on me. In recent months, I was sent a report by Open Doors, an organization in The Netherlands, indicating that 340 million Christians were persecuted because of their faith in 2020, up from 245 million  the previous year.

On average 13 Christians were killed every day last year because of their faith. For example, in North Korea, being discovered as a believer in Christ is a death sentence. If you are not killed instantly, you are sent to a labor camp as a political criminal. According to Open Doors, Kim Jong-un is reported to have expanded the system of prison camps in which an estimated 50,000 to 70,000 Christians are currently imprisoned.

What metrics or other measures are used by the commission to assess threats to religious freedom?

The United States Commission on International Religious Freedom’s 2021 report. Click the photo to be taken to the full report.

USCIRF monitors religious freedom through the lens of international human rights standards, such as those found in the Universal Declaration of Human Rights and the International Covenant on Civil and Political Rights.

Article 18 of the Universal Declaration of Human Rights provides that “everyone has the right to freedom of thought, conscience and religion; this right includes freedom to change his/her religion or belief, and freedom, either alone or in community with others and in public or private, to manifest this religion or belief in teaching, practice, worship and observance.”

By relying on international human rights standards as specified in IRFA, USCIRF is not attempting to impose American values on other nation. But rather it examines the actions of foreign governments against these universal standards that most countries have committed to uphold.

USCIRF obtains information about violations abroad in multiple ways, including visiting selected countries to observe facts on the ground and meeting regularly with foreign officials, religious leaders and groups, victims of religious intolerance, and representatives of civil society, national and international organizations. It also keeps abreast of credible news reports.

How many countries have significant problems with religious freedom? And how does that affect us?

Freedom of religion or belief is an expansive right that includes the freedoms of thought and conscience and is intertwined with the freedoms of expression, association and assembly.TWEET THIS

Why should Americans care about religious freedom in other countries?

The passage of the 1998 International Religious Freedom Act (IRFA), which created USCIRF, reinforced the historic commitment of the United States to religious freedom. The commission is the first and only government entity in the world with the sole mandate of reviewing and making policy recommendations on the facts and circumstances of violations of religious freedom globally.

In passing IRFA, Congress was not trying to enforce an American standard of religious freedom but rather to promote the universal standard of freedom of religion or belief set forth in Article 18 of the Universal Declaration of Human Rights and other international instruments.

Freedom of religion or belief is an expansive right that includes the freedoms of thought and conscience and is intertwined with the freedoms of expression, association and assembly. The active promotion of this freedom is a critical component of U.S. foreign policy and a national security imperative.

How do other countries view the work of the commission?

Most of the countries that USCIRF reports on pay close attention to our annual report, policy recommendations, statements and other country updates that we publish regularly.

USCIRF commissioners and staff are in contact with many foreign governments that engage USCIRF during country visits and through their embassies based in Washington.

source A voice for global religious freedom | The Christian Chronicle