THE EXISTENCE OF GOD Editorial – What is the Existence Project? – A Vision of the Caliph Explained…

The moment we’ve all been waiting for. 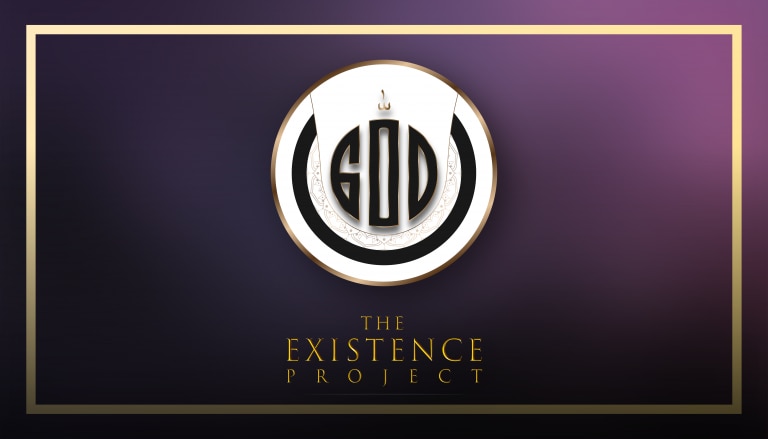 Today we officially launch ‘the Existence Project’. By now, you probably have many questions: what exactly is it? What will it feature? What is the point of it? I know I’ve certainly been asked some of these questions in the last few weeks by various people, as our trailers for the launch have been circulating on social media. And so, I would like to try and provide you with some brief insight to help quench your thirst for answers. The details that follow are from various audiences I have had with the Caliph, Hazrat Mirza Masroor Ahmad (aba), Worldwide Head of the Ahmadiyya Muslim Community.

The Caliph (aba) once explained to me that the main aim of The Review of Religions is to prove the existence of God and the relevance of religion. He went on to explain that the Promised Messiah, Hazrat Mirza Ghulam Ahmad (as), observed that generally, the world is turning in two directions, either towards Atheism or towards Christianity. Today, more people are turning towards Atheism and this is where the real battle lies in winning the hearts of people.

His Holiness (aba) also explained that the root of all societal problems lies in the belief in God vanishing from the hearts of people. We sometimes focus on societal issues first, but if we can bring people toward believing in God, it will resolve many of the otherwise seemingly impossible societal challenges we face today.

Over time, the Caliph would continue to give guidance in helping to further the above aims and sometimes I experienced through his personal example where his priorities lay.

Here’s a quick example to illustrate: every edition’s front cover I take to the Caliph for guidance. In addition to his spiritual strength, the Caliph’s secular knowledge is incredible and His Holiness (aba) is up to date with the latest trends. I have seen various magazines on the desk of the Caliph, such as Time and National Geographic and often the Caliph has referred articles from them to me. I remember once I was going through the contents of the next The Review of Religions edition and possible articles to use as a front cover focus. The Caliph at the time was sitting at his desk, signing away methodologically the hundreds of letters that would be sent as replies to ordinary Ahmadis around the world. His Holiness (aba) was multi-tasking; whilst reading and signing these letters he was also listening to my queries and imparting guidance. I started to read out the various articles in that edition. His Holiness (aba) remained silent as I kept going through the list of articles one by one as he continued his work, still looking down at the letters. As I reached an article about the existence of God, I mentioned that at the beginning the author had quoted the verse: Eyes cannot reach Him. He reaches the eyes. He is the Incomprehensible, All-Aware.

As I was reading out the above verse, His Holiness (aba) stopped his work and his gaze rapidly shot up towards me as if a current had struck through his body, slightly taking me aback. In an instant he said with emphasis ‘that is the article you will use’. His Holiness (aba) then proceeded to say ‘take the first part of the verse – Eyes Cannot Reach Him – and put this on the front cover as a title and add ellipses after, then use a picture of the universe as a background image’. Below is an image of the final cover we published for that edition:

The moral of story? By far, the topic that interested His Holiness (aba) the most, which led to what I can only describe as an almost involuntarily and instant response, was the topic relating to the existence of God. This is one of many instances where I have experienced His Holiness (aba) reflect in his own example one of the main aims of the establishment of this blessed magazine.

Another very interesting guidance His Holiness (aba) recently imparted is when he told me to feature personal experiences of Ahmadis relating to the acceptance of prayer. This was a very crucial realignment in our approach. Up until then our focus had been purely on theoretical articles to prove God’s existence doctrinally or through logic and science. However, His Holiness (aba) elaborated that publishing personal experiences with God can sometimes have a stronger impact and be more appealing and relatable, which is why it was necessary to feature them. Initially, the Caliph said to not have any dedicated section or series, but to start publishing such accounts independently as stand-alone articles.

Thus, we started reaching out to people around the world, featuring articles wherein Ahmadis related how God responds to their prayers or communicates with them. His Holiness (aba) did not mean to cease featuring any articles on theory; rather, he explained that those should also remain and should not stop. However, His Holiness (aba) said that shorter, easier to understand articles must also accompany the longer research or academic-style pieces. His Holiness (aba) further explained that the academic audience make up 10, 20 or at the most 30% whereas the lay readership are the majority – 70% or more. And so, because it is important for us to reach this wide audience effectively, we need material which was easily digestible and relatable. We must show the ‘human’ side of Muslims. To illustrate, he drew our attention toward featuring material that would ‘make people laugh and cry’, or in other words, material which is truly engaging.

His Holiness (aba) said each audience had its own merit and had to be addressed accordingly. He explained that the Promised Messiah came with literature that was at times aimed at scholars and on other occasions tailored to the lay audience. Therefore, to say that The Review of Religions is only for scholars is a misconception, as His Holiness (aba) once explained to me that at the time of the Promised Messiah (as) he would sometimes address people in a gathering of lay people and that would also be published in The Review of Religions. If the Promised Messiah (as) himself came for all peoples, then The Review of Religions, which was started by him and is an extension – a branch – of his mission, should also feature content addressing people of all backgrounds, not just academics. Neither should it only cater to the lay readership. His Holiness (aba) said that when writing for the academic audience, fulfil the criteria expected by academics for an academic piece. And when writing for the lay audience, use an approach that will be appealing for that demographic.

In short, His Holiness (aba) would continue to impart guidance on this topic in this way and enlighten us with his wisdom and knowledge. This accumulated guidance culminated in the realisation that in order to try and fulfill the vision of the Caliph, we would need to do much more than we had been. We would need to re-align our approach to follow the path the Caliph was steering us towards. And so, with the guidance of the Caliph, we established a new section which would be dedicated to God. As we wanted to appeal the 21st Century millennials and Gen X as well, we decided to lay the foundations of a more dynamic approach and called this ‘The Existence Project’.

What can you expect from this section? We will be of course be featuring many personal experiences of Ahmadis who have had their prayers to God answered and have experienced communion with Him. We will discuss the arguments for believing in God in a manner that can be easily understood. We will also as part of the ‘Existence Project’ be launching many exciting and special endeavours, which will soon be revealed. We want everyone to be part of a global conversation. We want you to submit your own experiences with God. Science says that a phenomenon must be observable or quantifiable over a large study of subjects to be considered true. So let us create a global collection of personal experiences with God to further demonstrate the words of the Promised Messiah (as) who said that God still speaks today as He did in the past.

We have some very special material coming soon, so do not miss this space…

source THE REVIEW OF RELIGIONS

Editorial – What is the Existence Project? – A Vision of the Caliph Explained…