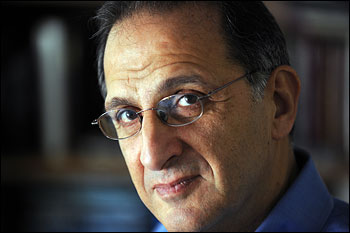 Donald Trump is not the first politician to use demonisation of foreigners, whether Arabs or Muslims, as a campaign tactic. And his administration is not the first to implement policies that have adversely affected these communities. But while we have a century of such policies, the Trump era has elevated them to a level so dangerous it is imperative that they now finally be confronted and defeated.

A bit of history is in order.  During the 1920s, in the midst of the nativist wave that was sweeping the country, Congress added the Arab East to the list of regions from which immigrants would be banned. In presenting the legislation, the sponsoring senator, a Democrat, said, “We don’t need any more Syrian trash in America.” This exclusion lasted more than two decades, during, which time there was no legal Arab immigration to the US.

In the early, 1970s the Nixon Administration launched Operation Boulder, a sweeping COINTELPRO operation designed to surveil, infiltrate, harass and deport Arab students who were engaged in constitutionally protected activities on college campuses. Though formally terminated in 1975, the FBI continued the infiltration and surveillance of Palestinian student groups until the late 1980s, despite the protests of FBI field agents that because the programme had yielded no results it was a waste of manpower and resources.

The Reagan administration took advantage of the prevailing anti-Arab and, specifically anti-Palestinian, mood targeted Arabs as the weak link in the civil liberties chain. In two important court cases, using Palestinians, they pressed for changes that weakened US extradition law and criminalised support for specified Palestinian groups, even where that support was limited to protected first amendment activities. They also advanced an ominous initiative to build secret mass detention camps that would house tens of thousands of Arabs in case of a “national emergency”.

During their time in office, the Clinton administration issued directives designed to further criminalize support for a number of mostly Arab groups, even when this “support” was limited to benign activities such as contributing to a charity or selling a newspaper. It also implemented the practice of subjective profiling at airports. Spotters were assigned to routinely identify “Arab-looking” men and women at check-in counters, pull them out of line, and humiliate them by going through their luggage in full view of other passengers.

Following the horrific terrorist attacks of 9/11, the Bush administration responded in contradictory ways. On the one hand, the president cautioned Americans against singling out Arabs or Muslims for blame. At the same time his Department of Justice implemented a number of policies that did exactly that.

In the immediate aftermath of the attacks, the DOJ launched massive roundups of thousands of recent Arab and Muslim immigrants, many of whom were summarily deported. This was followed by two “call-ins” in which thousands of Arabs and Muslims were contacted by mail and ordered to report for interviews with immigration officials. Some of those who received “invitations” were in fact citizens.

All of these practices were only the prelude to the notorious National Security Entry-Exit Registration System (NSEERS) also known as the “Special Registration” programme. This programme required 180,000 recent immigrants, students, and visitors, from mostly Arab and Muslim-majority countries, to report for interviews, on specified dates, at local immigration offices. Special Registration was poorly conceived, badly implemented, and arbitrarily administered, resulting 13,000 individuals ordered held for deportation, many on technicalities. It is important to note that no terrorists were ever apprehended as a result of any of these programs. All they did was create fear and uncertainty in our communities and foster suspicion of Arabs and Muslims in the broader public.

The Bush Administration also made use of embedded informants to entrap young susceptible Muslims. These “non-cases” of entrapped individuals then became highly publicised arrests exploited by law enforcement. Also, during this period, we witnessed, the expansion of surveillance, the most extreme example being the notorious “Demographics Unit” programme of the NYPD in New York City. This joint NYPD/CIA effort used coerced informants to infiltrate businesses, community centers, and places of worship to spy on and report on such banal activities as TV programs watched, conversations overheard, and the names and ethnicities of those present. Extensive reports were issued on the Syrian, Palestinian and Egyptian communities. When revealed by the Associated Press, Arabs and Muslims across the city felt both violated and vulnerable.

Even the Obama Administration proved not to be immune from taking measures that would negatively impact Arabs and Muslims. While the Bush Era NSEERS program was suspended, Obama did not officially terminate it until the end of his final term. And after years of internal debate, profiling was “ended” by the Justice Department but with a “national security” loophole that allowed law enforcement free rein to target and humiliate Arabs and Muslims at the border and to continue surveil to them in their communities. While Obama expanded outreach to Muslims, it was all too often done in the name of fighting terrorism, tainting the entire effort.

After a Nigerian man who intended to blow up a Northwest Airlines flight was apprehended, the instinctive response of the Obama administration was to place special onerous restrictions on passengers coming to the US from specially designated countries, the overwhelming majority of which were Arab.

What should be clear from this review is that discriminatory policies that unfairly target Arabs or Muslims did not begin with Donald Trump and will not automatically end with a change in the White House. The​ir toll has not only impacted our communities, ​but they ​also normalised law enforcement practices that contributed to the erosion of civil liberties for all Americans. Regardless which party is in the White House, these onerous policies must finally be challenged and defeated.

The writer is president of the Washington-based Arab American Institute