Book Review: Islam, Race and Pluralism in the Pakistani Diaspora 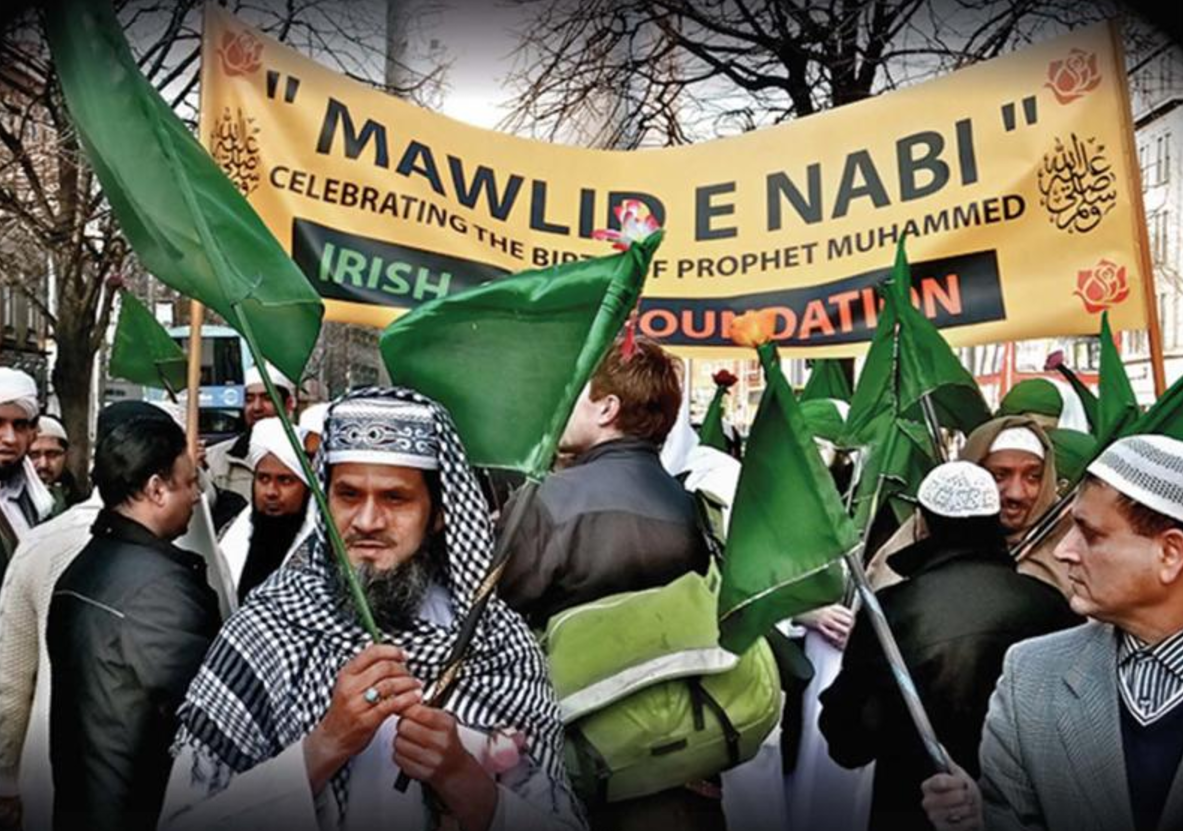 Islam, Race and Pluralism in the Pakistani Diaspora

One afternoon in the summer of 2013, I sat down with a young Ahmadi American Muslim of Pakistani descent. He told me an unsettling story, one that touches on some of the most pressing issues of the post-9/11 era. The young man, henceforth “Muhammad,” was traveling on an Amtrak train along the East Coast. Sitting near Muhammad was a White Vietnam War veteran, who looked at Muhammad with suspicion — Muhammad had a pillow underneath his shirt, which was keeping him warm on the cold train. The veteran eventually got up and left the cabin. Before Muhammad knew it, the train had unexpectedly stopped.

The next thing Muhammad saw shook him to his core. Black SUVs with sirens and men dressed in military gear pulled up to the side of the train. The train conductor came over the loud speaker and told passengers that there was a potential security threat on board. Each and every passenger was asked to step off the train. As the passengers exited, police officers and law enforcement officials directed the passengers to one of two areas — left or right. Muhammad and one other Brown “Muslim-looking” person were asked to step to the left. The rest of the passengers looked on with confusion and fear. What was going on? Were these two men terrorists?

Muhammad was then brought to a local police station where he was interrogated as someone who might have had something dangerous underneath his shirt. The veteran had reported him to the train conductor on the grounds that he was carrying a bomb. Law enforcement officials questioned Muhammad about his family background, religious beliefs and political views. Eventually, they realized they had nothing on Muhammad, a postgraduate student training to be a doctor at the time of our interview. On that summer afternoon in 2013, Muhammad opened up to me about how the experience affected him as a native-born U.S. citizen and Muslim.

Muhammad described himself as a patriotic American Ahmadi who supported “American values” such as freedom of conscience and religion. The train incident reminded him of the negative role that institutions and states play in exacerbating Islamophobia and determining who belongs in society.

Muhammad’s story is one of many in Islam, Race, and Pluralism in the Pakistani Diaspora, a book published July 17 by Routledge. The book, my first, explores the lives of young Pakistani men in a transatlantic context, inquiring into the ways in which family values, religion, racism and national identities shape the experiences of first- and second-generation Pakistani Muslims and non-Muslims living in Boston, Massachusetts, and Dublin, Ireland. Islam, Race, and Pluralism confronts some of the most critical issues of our time including Islamophobia, ethnocentrism and citizenship rights. Tayyib Rashid, a U.S. Marine Corps veteran known as the “Muslim Marine,” endorsed the book because he had never read something that adequately “capture[d] the struggles and challenges of Pakistanis trying to find their place in the West.” 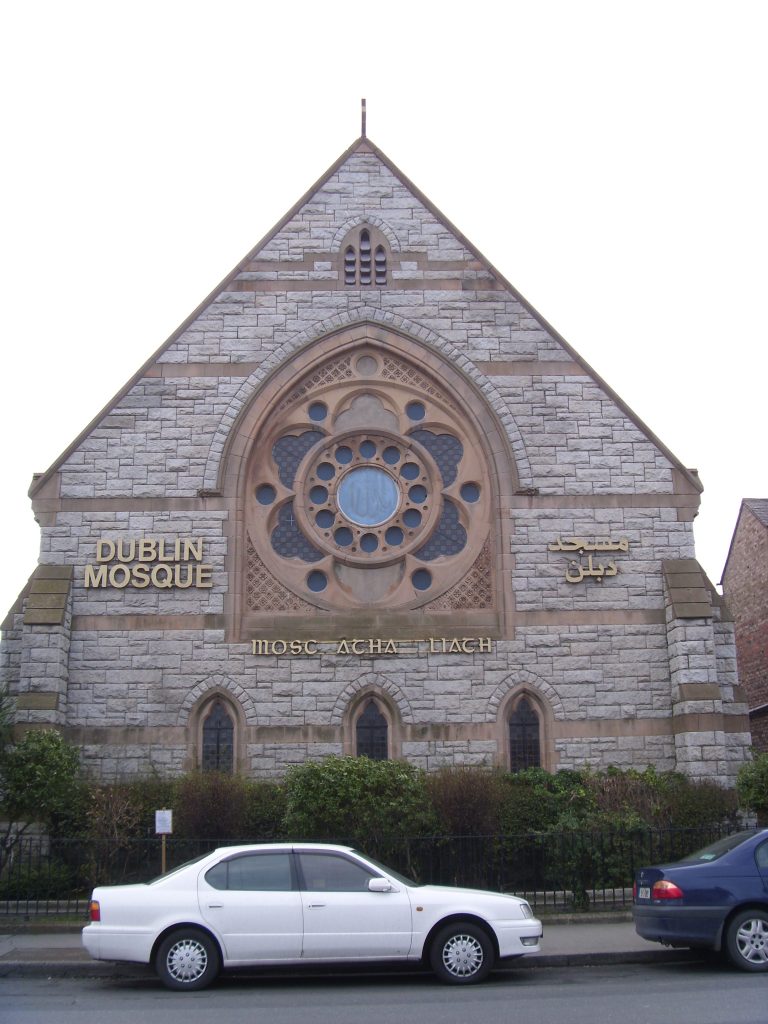 A MOSQUE IN DUBLIN > NIAZ VIA WIKIPEDIA

Pakistan and the meaning of Pakistani identity is one of the book’s areas of interest. When created in 1947, Pakistan was perceived optimistically in the U.S. and Europe as a young emerging democracy. As the chapters reveal, recent events have turned this positive view on its head. Pakistan today is viewed largely as a safe-haven for “Muslim terrorists,” and as a country where non-Muslims — and even “the wrong kind of Muslims” — face persecution at the hands of citizens and the state. Dr. Anne Kershen of Queen Mary University of London notes in the preface that many of the young men interviewed “would now seem to exist in a kind of no-man’s land; Pakistan, their country of origin, is alien to them, while at the same time they are increasingly alienated in countries they consider as home; places where they believed their identity would not be questioned — though now, by some, it is.”

I am an American Catholic of Irish and Italian descent. I am an outsider to Islam, but one who has been warmly welcomed into the Muslims communities of Boston, my hometown, and Dublin. In some ways, my outsider status helped me in my research, as I was able to clearly and objectively identify major issues faced by young Pakistani men in these two cities.

The stories shared in Islam, Race, and Pluralism shed light on the downtrodden and disenfranchised in the U.S., Ireland and Pakistan. They challenge the empty rhetoric in the U.S. and Ireland by providing real-life stories to help us overcome ignorance and bigotry.

Ultimately, Islam, Race, and Pluralism stresses the need on all sides — from citizens to states — to encourage tolerance, acceptance of religious diversity, commitment to pluralism and an emphasis on civic rights in terms of nation-building.

This rich, cross-national case study of one of the largest Muslims communities in the U.S. and Europe will appeal to researchers, religious leaders and policymakers who grapple with the rise of Islamophobia and the far-right.

*Image: A rally in Ireland. Photo via Islam, Race, and Pluralism in the Pakistani Diaspora. 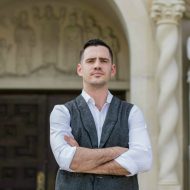 Craig Considine is a Catholic American of Irish and Italian descent. As a sociologist, he focuses on Islam, Muslims in American Society, interfaith relations, the sociology of religion, race and ethnic relations, and social problems. Craig’s forthcoming book, Islam, Race and Pluralism in the Pakistani Diaspora (Routledge, July 2017), explores the language of “us” and “them” and how binaries continue to inform the political and social narratives around Irish and American citizenship. Another of his forthcoming books, Between Muhammad and Jesus: A Catholic’s Love of Islam, will be published by Noura Books of Indonesia in the summer of 2017. He currently serves as a faculty member of the Department of Sociology at Rice University in Houston. Craig holds a PhD from Trinity College Dublin, an MSc from the University of London, and a BA from American University in Washington, DC. He is a native of Needham, Massachusetts.