From mute to menacing: why TV’s portrayal of Muslims still falls short

Though representation has increased, Islam on TV is still largely centred around terrorists and oppressed women. What we need is more complexity – and fewer dangerous cliches 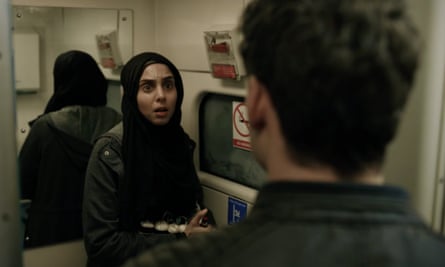 In 2017, Emmy-winning actor and activist Riz Ahmed gave a speech in Parliament about diversity on screen. “Representation is not an added thrill [because] what people are looking for is a message that they belong,” he said. Soon after, the Riz test – the equivalent of the Bechdel test for the representation of Muslims in the media – was established. Its criteria ask whether the characters in a TV show or film are identifiably Muslim, and then whether they are a terrorist; irrationally angry; anti-modern; a threat to western values; or a misogynist (or in the case of a female character, oppressed by male characters). If any of the answers are yes, the test has been failed.

In his speech, Ahmed went on to ask: “Where’s the counter-narrative? Where are we telling these kids that they can be heroes in our stories, that they are valued?” While more Muslims are represented on our TV screens than ever, it seems that representation isn’t the easy utopia that many imagined it would be. Nuance is lacking, and the representation that does exist leans towards a male-oriented presence. As diversity boxes are ticked, and hijabs scattered here and there, the nuance of Muslim identities is strangled further.

Dr Nour Halabi, lecturer in race, migration and social movements at Leeds University, says the representation of Muslims in the media and entertainment emphasises “their position as what I call a ‘permanent and impossible enemy’, with a particular emphasis on terrorism. The impossibility of defeating this presumed enemy is then often attributed to their deviousness and manipulative behaviour – take, for example, Bodyguard, where the show’s plot hinges on the Muslim character lying about her sympathies until the very end.”

Indeed, one of the most notable roles for a Muslim woman on the BBC in the past few years was in the hit Jed Mercurio thriller, released in 2018. The series initially establishes Nadia as a victim who needs to be saved from her husband, a terrorist, but a twist reveals that she is in fact the terrorist mastermind. The show won a Bafta and was nominated for two Emmys, the acknowledgment from both these institutions further legitimising the regressive stereotypes it employed. In a country where hate crime is on the rise [Tell MAMA’s annual report for 2017 recorded a rise in Anti-Muslim or Islamophobic attacks with 1,201 verified incidents, a rise of 26% on the year before, while in 2018 there were 1,072 verified attacks] shows such as Bodyguard risk fuelling such Islamophobia by failing to build on Muslim women’s identity beyond dangerous stereotypes and “othering”.