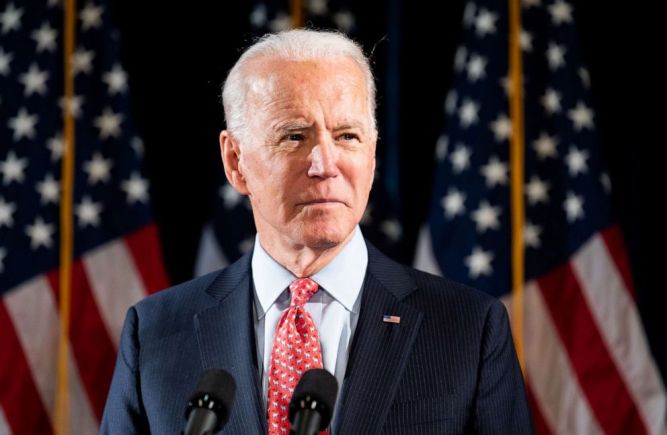 Vice President Joe Biden.  Muslim Times is promoting secularism in every country of the world and refuting Islamophobia

Handling of the coronavirus spells trouble for Trump, according to pollsters, as U.S. cases now exceed 4 million and deaths are over 146,000. The U.S. election is 100 days away but early voting will start in some states in as few as five weeks.

Biden is ahead in Arizona by 49% to 45% among registered voters, according to a CNN poll conducted by SSRS, a survey and market research firm. Another Arizona poll released Sunday, from NBC News/Marist, put Biden up by 5 percentage points, 50% to 45%.

Arizona voters said Biden would do a better job handling the Covid-19 outbreak and race relations. Trump’s supporters were more enthusiastic than Biden’s, though — a factor that the president and his re-election campaign have emphasized.

Democrats also enjoy a wide advantage in Arizona’s Senate contest between incumbent Republican Martha McSally and challenger Mark Kelly. Kelly, a NASA astronaut and husband of former Representative Gabrielle Giffords, had a 12-point lead over McSally, 53% to 41%, after having a 3-point edge in March, NBC said.

Trump carried Michigan in 2016 by a narrow 10,704-vote margin. The new CNN poll put Biden on top there by 52% to 40%. Another poll released Sunday, from CBS/YouGov, showed Biden leading by 6 points.