Forget Putin, it’s meddling by America’s evangelical enforcer that should scare us 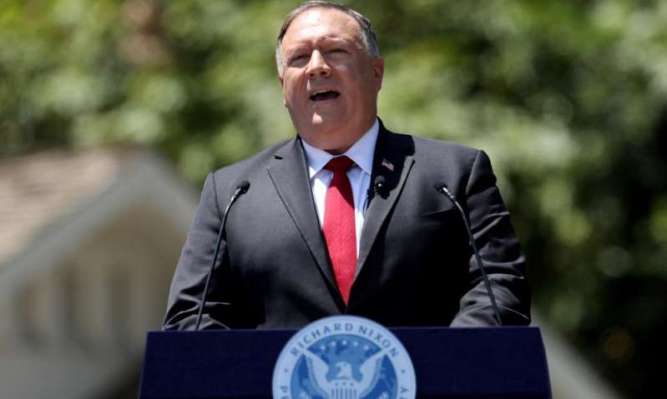 US sheriff Mike Pompeo rode into town last week, telling whoppers as is his wont. The secretary of state – Donald Trump’s top enforcer – accused Tedros Adhanom Ghebreyesus, the World Health Organization chief, of cutting a secret pre-pandemic deal with China. Because of this, “you’ve got dead Britons,” he claimed. Pompeo offered no proof. It was an outrageous smear. But Tedros is a wanted man in Washington. He verbally gunned him down.

Declaring the killing unlawful, the UN investigator, Agnès Callamard, ruled this month there was not a shred of evidence to support this. Iran hawk Pompeo had reportedly urged the hit for months. It was he who finally convinced Trump to order the killing.

Pompeo was caught out again last year before Trump’s impeachment. He initially denied detailed knowledge of the phone call in which Trump tried to persuade Ukraine’s president to investigate the son of his White House rival, Joe Biden, saying he had not read the transcript. It later emerged Pompeo had listened in on the call. Democrats accused him of obstructing justice.

Speaking at Texas A&M University last year, Pompeo cheerfully confessed to telling lies when it suited him during a political career that began with election to Congress as a far-right Tea Party member in 2010 and took him to the CIA and state department. “I was the CIA director. We lied, we cheated, we stole. It was like we had entire training courses,” he said, as if reprising Marlon Brando’s role in The Ugly American.

The following two are the best Western movies / documentaries about the prophet Muahmmad.  The first one is the Message: